Rocks off the UK coast could be used for renewable energy storage • Earth.com 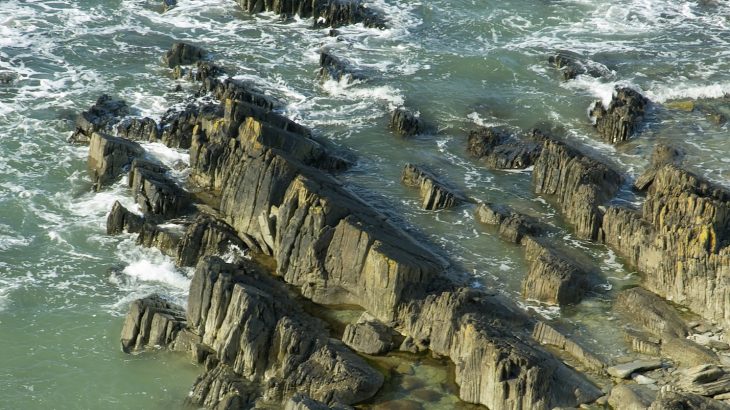 New research from the University of Edinburgh shows that rocks found in the North Sea off the UK coast could be used as long-term storage locations for renewable energy production.

Researchers believe that pressurized air in porous rocks can be trapped via an advanced technique that uses electricity from renewable technologies. The pressurized air could then later be used to drive a turbine that would generate large amounts of electricity — perhaps enough to meet the UK’s electricity needs during winter, when demand for such is highest.

Engineers and geoscientists from the Universities of Edinburgh and Strathclyde developed the process, which they have dubbed compressed air energy storage (CAES), and calculated its potential via mathematical models. Using estimates from these models and a database of geological rock formations in the North Sea, the team believes porous rocks off the UK coast could store about one and a half times the UK’s average electricity demand for January and February.

CAES would work by using electricity generated by renewable technologies to power a motor that generates compressed air. The compressed air would be stored in sandstone pores via a well drilled into the rock. This pressurized air could then be released during times of energy shortage and used to generate turbine electricity.

Their study and findings were published January 21st in Nature Energy.

“This method could make it possible to store renewable energy produced in the summer for those chilly winter nights. It can provide a viable, though expensive, option to ensure the UK’s renewable electricity supply is resilient between seasons. More research could help to refine the process and bring costs down.” said study leader Dr. Julien Mouli-Castillo, of the University of Edinburgh’s School of GeoSciences.