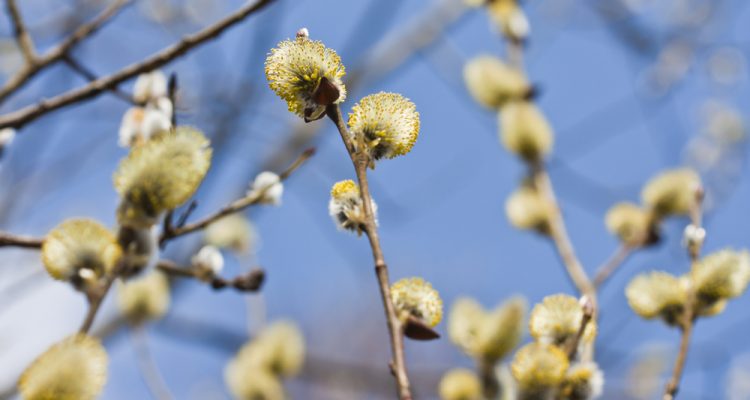 Root biomass estimations can help us combat some of climate changes’ effects on plant ecosystems.

Most people don’t typically think about the root systems of plants until they’re causing some sort of inconvenience – like a disrupted sidewalk or plumbing. But as climate change continues to alter the earth’s landscape and droughts continue to worsen, the study of root systems has become increasingly important to plant sustainability and carbon absorption.

In particular, the measure of root biomass can be important to plant breeding programs – unfortunately it’s an incredibly laborious process. One must wash, filter, dry, and weigh tiny root particles to varying accuracy. Recently, scientists have begun using the ability of an object to store an electrical current, otherwise known as electrical capacitance, to determine root biomass. However, this method had only been effective in hydroponically grown plants, as opposed to soil-grown.

According to Craig Carlson of Cornell University’s College of Agriculture and Life Sciences, “A majority of electroconductivity studies have focused on annual grasses and hydroponic systems. We wanted to develop a cheap, quick method of measuring root biomass in soils.”

Carlson, along with Larry Smart, ever so slightly altered the root electrical capacitance (REC) method to work in soil by using a stem clamp, soil probe, and capacitance meter. This method allowed the team to make quick predictions of dry root biomass in a variety of shrub willow species without having to dig through soil and measure tiny roots. Their findings were published in the most recent issue of Applications in Plant Sciences.

Shrub willows serve as an ideal renewable biofuel crop because they grow quickly, need little care, and quickly deposit carbon. A more thorough understanding of the shrub willow root biomass serves as an indicator of plants’ ability to grow in drought conditions. Dr. Smart’s breeding program has made great progress in breeding new hybrids that grow quickly and are resistant to disease.

“Craig’s method allows us to select new cultivars that could be more drought tolerant or be able to occupy marginal sites, such as reclaimed mine sites in West Virginia,” said Smart. “This method could be directly applied to breeding programs for crops that generally require grafting to rootstocks to maintain scion varieties,” (apples, for example). “Additionally, it will be helpful for other agricultural species. Our next step is to take this method into the field and see if these correlations hold up.”