The real root of the current global environmental catastrophe • Earth.com 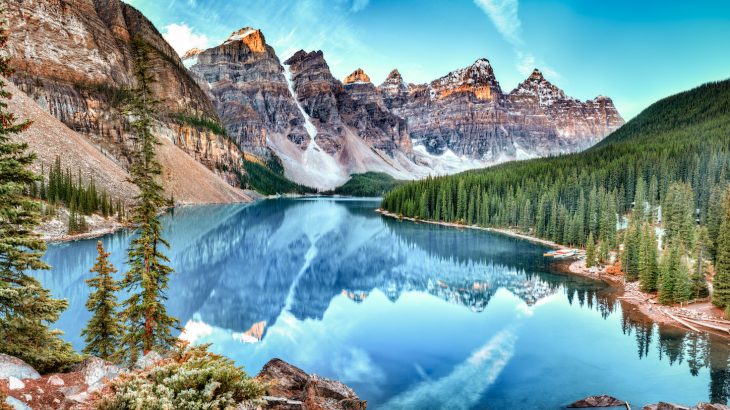 The real root of the current global environmental catastrophe

Across the world, species are being pushed into the yawning void of extinction by humans.  We’re mowing down rainforests at alarming rates. According to ecowatch.org, 3,050 square miles of the Amazon was cut down between August 2017 and July 2018, the worst year yet for Amazon deforestation.  Climate change is happening now, due to human pollutants. Snowpack in the western US is down, icebergs are melting. Air pollution is taking years off of people’s lives and causing acid rain.

Scientists disagree over the rates of species extinction but they may be greater than we officially estimate.  It could be as much as between 24 and 150 species lost a day.   Politicians argue over agreements to slow climate change while nations like the US now simply ignore the problem.  In the meantime, little is being done and the economic machinery marches on consuming the planet for its own illusory growth.  More, better and different technology we’re told is the answer.

Windmills are built that kill birds and bats just the same as if they were caught in an oil spill.  Solar panels are hoisted up, blocking the bright sun warming the earth and divert it to the wall sockets of Youtube hungry consumers.  Plants are engineered and doctored to taste exactly like beef for the consumer who cares just not enough to forgo the taste of meat. National parks in the US pushed native peoples out of traditional homelands; parks in Africa and Asia have followed suit.  These, we are told, are the solutions.

No one is told that they are the problem.  Instead, Trump is blamed for the climate, the Koch brothers are villainized for pollution.  The quickly approaching extinction of rhino species is clearly being driven by superstitious Chinese using horns, bones and fungi for quackery labelled as cures.

I am the problem.  I drive a car. I am using electricity and the internet to transmit this article to you now.  I eat cheese and eggs and ice cream. I participate in a society that created the monster leading the United States now.  I am to blame. The only way forward is to completely rethink the systems that have driven us to the brink of collapse, the suicidal governments pushing us along.

An article in The Guardian lists less consumption of meat, especially beef, as one direct action and simply less consumption as another but this message is one that’s being all too often ignored.  Instead, we often look to global leaders to combat environmental problems despite the inconsistency of leadership inherit in democratic governments and the long term approach necessary for any real solution.  The article also says to vote, but how is this reasonable when the climate change-denying US president in power now didn’t win the popular vote?

Beyond that, decisions with much longer follow through than term limits allow is necessary for environmental change to have any weight.  The Paris Climate Accords are a perfect example. Experts agree that the accords don’t do enough to solve the problem of global climate change and still, nations involved can’t meet the goals they set.  Goals are continually reset to pander to a complete lack of will or determination by any nation state involved. There’s very little binding power to the agreement and poorer nations are getting the raw end of the deal, as usual.  Despite the ill intention and malice, the US leaving the climate accords seems almost irrelevant.

A piece from resilience.org written by a participant at COP24 revealed how despite an appearance of discussion, most members are barred from specific criticism, making the discussion toothless and pointless.  Instead in many ways COP24 and other climate discussions seem to be more about trade and profit than about the climate crisis. An article in Forbes asserts that many countries involved in the COP24 talks, including host nation, Poland are reluctant to give up coal.  The article goes on to echo some concerns also raised by resilience.org, that many civil groups are physically barred from participating in the COP talks.  Only groups that can be counted on to ‘play nice’ are allowed to question government and business leaders at the climate talks. Many of those shut out of the conference were from poorer nations most threatened by climate change.  Even a scientific study by IPCC showing that we’re headed towards a catastrophic temperature rise of 3°C that was commissioned by COP21 wasn’t welcome at the COP24 talks.

The study itself shoots to the heart of the issue stating, “…rapid, far-reaching and unprecedented changes in all aspects of society…” are necessary to divert the coming tragedy.

Climate change, deforestation and global extinctions on the rise are huge problems but they’re actually just symptoms of a deeper global sickness.  The problem is consumption.  The problem is that people continually turn away from the natural world they’re destroying by plugging into destructive ways to occupy their time.  Nature Deficit Disorder is usually not seen in the same light as a global destructive force in the same way climate change is. I would argue that in many ways Nature Deficit Disorder, coupled with good old fashioned greed and gluttony, are driving climate change, deforestation, even drilling in the Arctic National Wildlife Refuge.

“We’re so clued into modern technology and things that we’re less observant about the world around us and we’re more likely to learn about wildlife ironically from a David Attenborough programme than maybe from a walk in the woods.”

A walk in the woods doesn’t have an environmental cost like watching a nature documentary. A trip into ‘nature’ also has the added benefit of making it personal.  There’s a magical joy of discovering in seeing a bird you’ve never noticed before without knowing what is that’s missing in nature film, articles or books.

The key to everything is we’re losing the world around us and we don’t even realize it because we’ve slipped so deeply into our own artificial worlds of computer screens and carefully climate controlled offices.  The root of the destruction of the natural world is that you’re reading this on a screen instead of being outside. From Central Park to the waterways of the northern Midwest to deserts, mountains, even roadsides, there is beauty in the world, seeing it for yourself is the first step towards protecting it.