The environmental impacts of solar and wind energy • Earth.com 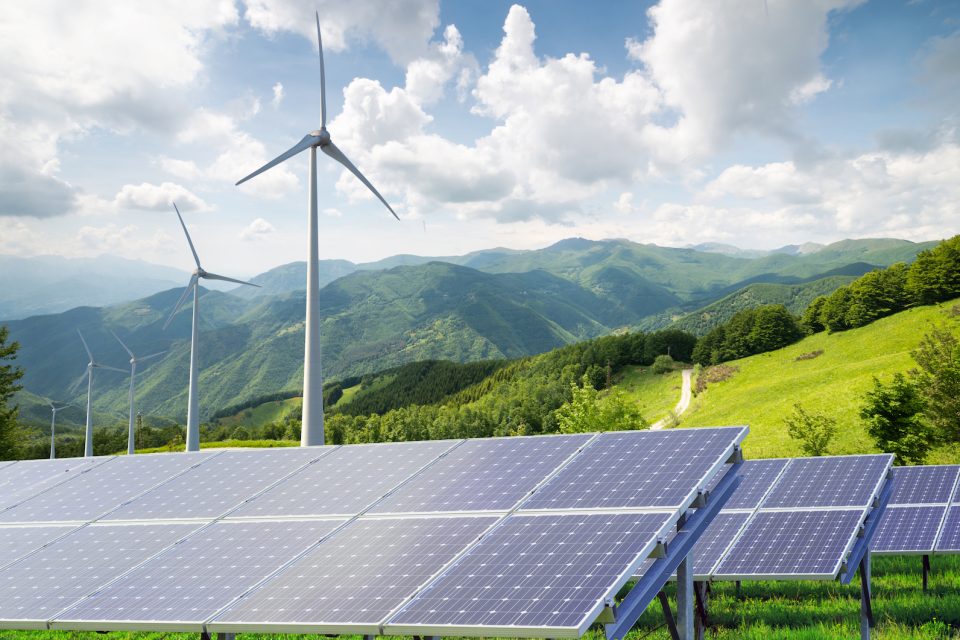 The environmental impacts of solar and wind energy

Bats and birds are killed every year by wind turbines.  Solar panels can take up large chunks of desert previously used by a host of wildlife from pronghorns and tortoises to coyotes and rattlesnakes.  Without efficiency and reasonable limits to energy use, solar and wind power only benefit the environment so much. There is still an initial input of resources to create wind turbines and solar panels as well.

“Harnessing power from the wind is one of the cleanest and most sustainable ways to generate electricity as it produces no toxic pollution or global warming emissions. Wind is also abundant, inexhaustible, and affordable, which makes it a viable and large-scale alternative to fossil fuels…Despite its vast potential, there are a variety of environmental impacts associated with wind power generation that should be recognized and mitigated.”

A study the Union of Concerned Scientists shows that on average, a wind farm uses 30 to 141 acres per megawatt of electricity produced.  The website goes on to say that some of the land disturbance is temporary and some of the land can still be used for other purposes as well.  Grazing livestock and hiking trails are proposed uses. I’m sure livestock can still graze around wind turbines but I’m also sure I wouldn’t find hiking through a wind farm very fulfilling.

Other problems include wildlife death.  Birds and bats are killed by wind turbines but studies have found that the impact doesn’t hurt species overall, being relatively low impact.  The placement of wind turbines in areas less frequented by birds and bats can also limit the impact on flying animals. The fact of the matter is, we’re looking at the further impact of wind on an already severely impacted avian (and bat) population.

Keeping bird and bat populations the same as they are isn’t a bad goal but growing them to healthier, historic numbers is a greater goal.  Could wind installations made across the US hurt the possibility of animal population growth? It’s uncertain but many other impacts would need to be mitigated before it caused a significant problem.  Production of wind turbines has its own impacts though.

Estimates of carbon dioxide emissions associated with wind energy are between 0.02 pounds and 0.04 pounds per kilowatt-hour of electricity produced.  Electricity from the relatively clean natural gas produces an estimated 0.6 and 2 pounds of carbon dioxide per kilowatt-hour of electricity. A big part of the carbon in wind farm production comes from concrete.

Footings for a 300 foot wind turbine require up to 30 to 40 truckloads of concrete each, according to Rute Foundations, an organization dedicated to making wind use less concrete.  According to Green Spec, concrete production is the third greatest producer of anthropomorphic greenhouse gases.  If wind can use less concrete, the impact would be substantial.

Looking only to carbon emissions is looking at only one part of a greater problem though.  Green Spec barely even mentions that concrete could have other impacts on the environment beyond greenhouse gases.  Limestone mining to create concrete is also problematic. Seattle Pi, an education website, cites problems of ground and surface water pollution from limestone mining.  Concrete also changes how water flows over the earth, how heat is absorbed and released. We can’t expect to know exactly how covering a landscape that was previously empty with wind turbines will impact our world long term if done on a global scale.

Offshore wind turbines are also changing marine ecosystems. MIT Technology Review reports that offshore wind energy production in Europe is creating colonies of marine species where previously there were none.  The offshore turbines are huge but mostly their concrete and steel structures sit underwater. Mussels attach to the turbine footings, creating the basis of an increasingly complex ecosystem surrounding wind turbines.  Who knows if this could change the shape of our ocean in the long term if at sea wind farms continue to grow.

Meanwhile, solar energy has its own unanswered questions. An article in Forbes asks, ‘If Solar Panels Are So Clean, Why Do They Produce So Much Toxic Waste?’  The piece sums up some problems with solar energy concisely in three statements by a senior Chinese solar official:

“The problem of solar panel disposal “will explode with full force in two or three decades and wreck the environment” because it “is a huge amount of waste and they are not easy to recycle.”

“The reality is that there is a problem now, and it’s only going to get larger, expanding as rapidly as the PV industry expanded 10 years ago.”

“Contrary to previous assumptions, pollutants such as lead or carcinogenic cadmium can be almost completely washed out of the fragments of solar modules over a period of several months, for example by rainwater.””

Disposal or recycling of solar panels, in themselves expensive and resource intensive to produce, is a problem we have not yet come to terms with and it’s important for something billed as environmentally friendly.  It’s projected that solar panel waste could reach 78 million metric tons by 2050, without a way to recycle that waste, it means that much more trash in a landfill and there are some nasty toxins such as cadmium in solar panels that could cause problems we can’t simply bury.

Pump jacks move with unending consistency across whole prairie regions in places like Wyoming and Texas but slowly wind turbines are replacing them.  Solar panels spread like flowers under the hot desert sun. Our actions often have unintended consequences. The solution to the problem is actually very straightforward.  There are better ways to create electricity than fossil fuels but there is no problem-free way to create electricity. Less is more.

As counterintuitive as it may sound, especially during this season of mass consumption, the best thing we may be able to do for the environment is nothing.  Use as little electricity as you can no matter where it comes from. Take what you need; nothing more is the perfect axiom. Like a bumper sticker I once saw says to promote meditation, “Don’t just do something.  Sit there.”