The Rufous-headed Robin: New details emerge on one of the world's rarest birds • Earth.com 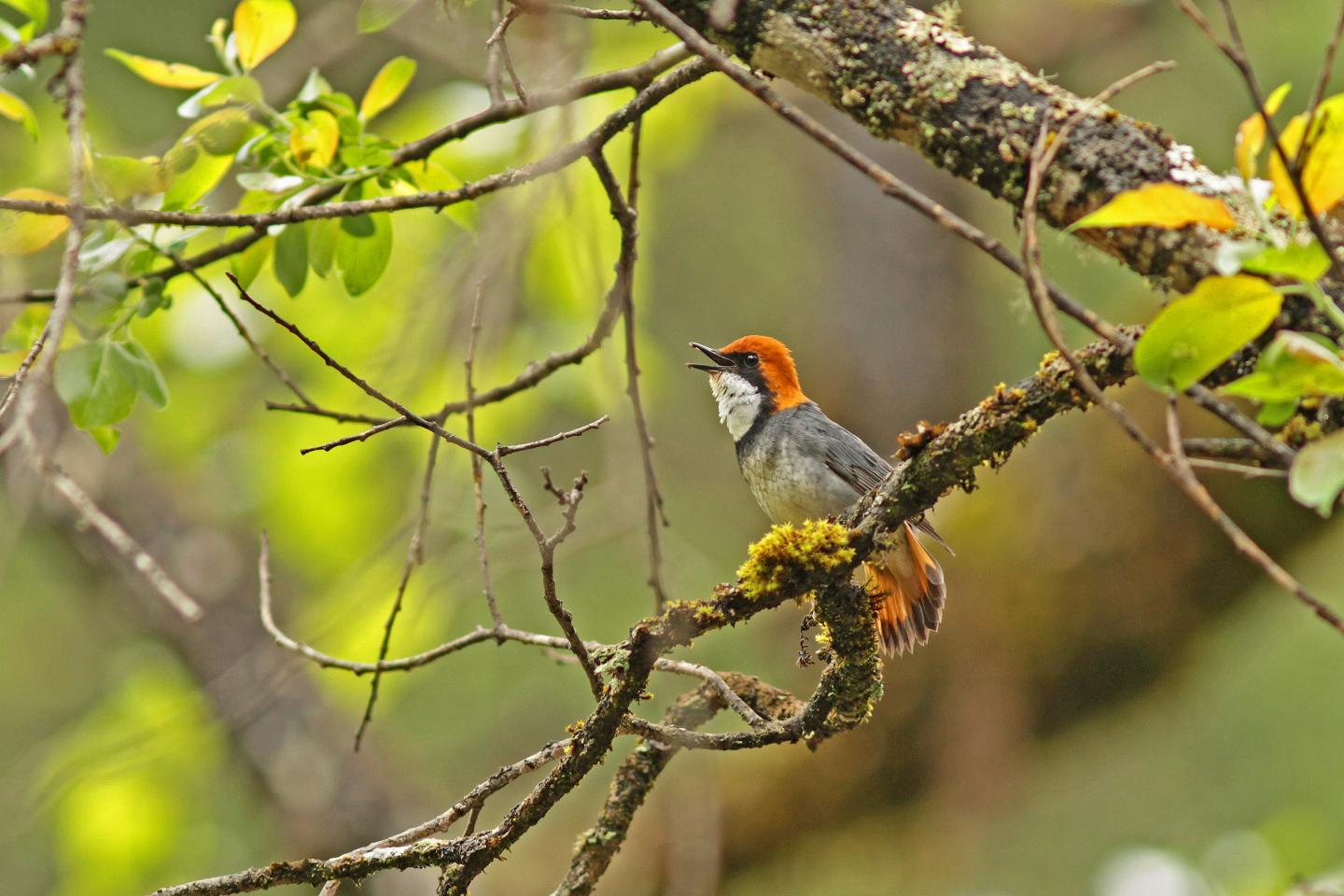 The Rufous-headed Robin: New details emerge on one of the world’s rarest birds

The Rufous-headed robin, one of the rarest birds in the world, is a species of passerine bird in the family Muscicapidae. It is found in China and Malaysia.

Researchers at the Chinese Academy of Sciences in Beijing and Uppsala University have aggregated all known information about the elusive and endangered Rufous-headed Robin. Since it was first discovered in 1905, very few observations have been made. The researchers suggest that its distribution might be larger than previously thought.

“We tried to estimate its potential distribution to find areas where it might occur but where it has not yet been observed. Since most of the potential new areas are in poorly accessible mountain ranges, we are hopeful that it has a larger distribution, and hence that it is less threatened than presently believed”, says Professor Per Alstroem, Department of Ecology and Genetics, Uppsala University and Swedish Species Information Centre, Swedish University of Agricultral Sciences.

The Rufous-headed Robin, Larvivora ruficeps, is related to the Common Nightingale Luscinia megarhynchos and Thrush Nightingale Luscinia luscinia. In common with these, it has a strong and beautiful song. However, unlike in the nightingales, males and females differ in plumage, and the male is strikingly coloured.

In the present study, the researchers have summarized all known observations of the Rufous-headed Robin since it was first discovered in the summer of 1905 in the Shaanxi Province of central China. The second observation was not made until March 1963, in Malaysia.

In June 1985, three singing males were discovered at one site in the Sichuan Province in central China.

In the last 25 years, the Rufous-headed Robin has only been observed at his site and in a neighbouring nature reserve, with up to maximum 8 individuals in a year. It has also been seen twice in the non-breeding season in Southeast Asia.

No observations were made in 2016, despite searches at the two classic sites.

The potential distribution was estimated based on the species’ known habitat preferences, and the researchers concluded that it might be more widespread than presently appreciated. Many of those areas have been poorly surveyed, so there is still hope that some unknown populations might be discovered.

The reasons why the Rufous-headed Robin is so rare are unknown.

The researchers analysed DNA from one Rufous-headed Robin and concluded that its closest relative is the Rufous-tailed Robin Larvivora sibilans, which breeds in Siberia and northeast China, whereas it is more distantly related to the two European nightingales.

The song of the Rufous-headed Robin was also studied in detail, and it was found to be very different from the song of its closest relative, the Rufous-tailed Robin, whereas it is much more reminiscent of the song of the more distantly related Ryukyu Robin Larvivora komadori, from Japan. The study concluded that the similarity in song between the Rufous-headed and Ryukyu Robins is the result of so-called parallel evolution, and accordingly is not due to common ancestry.