Rural areas will be hardest hit by sea-level rise in the U.S. • Earth.com 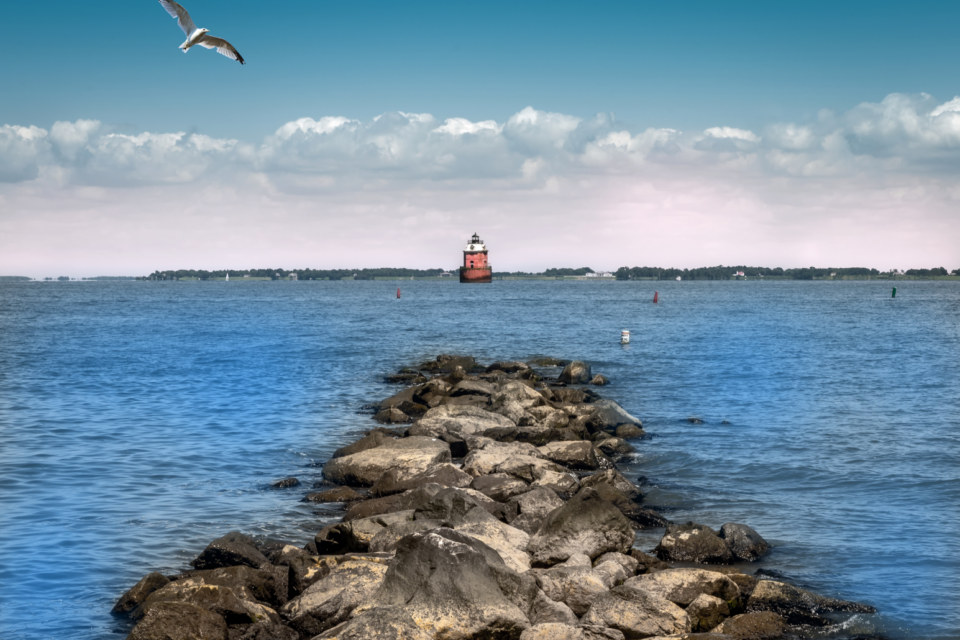 Rural areas will be hardest hit by sea-level rise in the U.S.

The future of coastal wetlands surviving sea-level rise by migrating inland is hotly debated.  A new study using elevation maps of the Chesapeake Bay region shows that human barriers will do little to slow this marsh migration. As salty water creeps upward into rural areas that are now forests and farmland, coastal marshes could persist or even expand.

“The numbers are striking. Baywide, we expect more than 600 square miles of inundated land in the Chesapeake region by 2100.” Four times the area that has been converted since observations began in the 1840s. More than 75% of this area will be rural – mainly forests, forested wetlands, and farm fields,” said Molino.

“As far as I know, this is the first projection of inundated land in the Bay area, and one of the few and most high-resolution predictions in the U.S.” said study co-author Dr. Matt Kirwan. “Our analysis shows that marsh migration is constrained more by natural topography than by human development.”

The Chesapeake region and North American coastal plain are resilient to sea-level rise, and are considered global outliers. Urbanized coasts of Europe and Asia are more likely to experience the “coastal squeeze,” which refers to the loss of coastal wetlands as rising saltwater floods their seaward edge while natural or human barriers block their landward migration.

“Despite a perception that urban centers will block marsh migration, our predictions suggest that the most vulnerable land in the Chesapeake Bay remains largely undeveloped, even in what are typically thought of as urban watersheds,” said Dr. Kirwan.

“We found that developed lands generally occupy less than 10% of predicted migration areas within individual watersheds even under our high scenarios of sea-level rise, despite more extensive development in the watershed overall,” said Molino.

The Elizabeth River in Chesapeake Bay is highly developed, yet developed surfaces occupy only 16 percent of the potential marsh-migration area under 1 meter of sea-level rise, compared to 31 percent of developed land across the entire watershed.

The Bay’s other major urban areas lie in more elevated watersheds with only small areas of potential marsh migration. The challenge for landowners and governments will be to equitably manage the conversion of what is now privately owned, income-producing rural land into coastal wetland habitats that provide publicly valued ecosystem services such as flood protection and the nurture of fish and bird populations.

The team began their analysis by using more than 200,000 GIS data points to map the present-day boundary between forest and marsh around the Bay. They also measured the area of land within each watershed that would be flooded under each sea-level-rise scenario. This determined whether it is currently covered by forest, forested wetlands, turf grass, farm fields, or development such as roads, parking lots, and buildings.

The results found that “potential marsh migration areas” will increase over the coming decades and with the magnitude of sea-level rise, from 405 square miles by 2100 under their low scenario to 1,447 square miles under their high scenario.

What was unexpected within the increasingly developed Chesapeake Bay watershed is that the marsh-migration areas are dominated by upland and wetland forests, and not urban or suburban land.

The study is published in the journal Limnology and Oceanography Letters.