How large salt deposits are forming at the depths of the Dead Sea • Earth.com 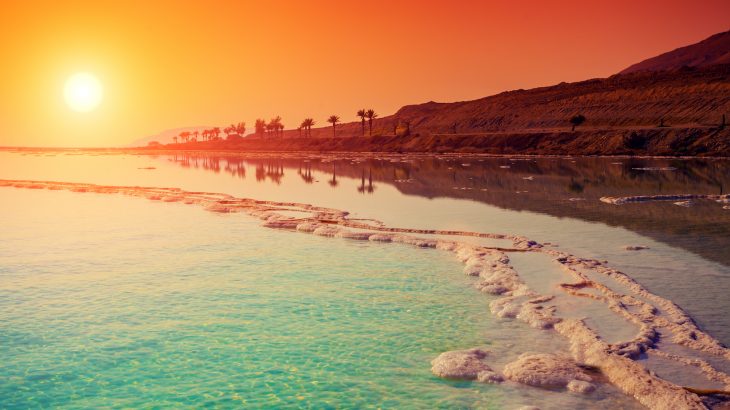 A new study is unraveling a 40-year-old mystery about how salt crystals are plummeting into the deepest and coldest parts of the Dead Sea and accumulating on the lakebed. The research may ultimately help scientists understand how large salt deposits formed in Earth’s geologic past.

The Dead Sea has become saltier in recent decades, and much of that salt is concentrated near the surface. Added heat in the summertime warms the lake and divides the water into two distinct layers, with the upper warm layer becoming saltier than the cooler bottom layer.

In 1979, scientists first noted that salt crystals were “snowing” down out of the top layer and piling up on the lakebed. This phenomenon seemed to defy the laws of physics because the top layer of water should not be able to mix with the cooler water below because it is much warmer and less dense.

In the current study, the researchers propose that small disturbances within the lake, caused by waves or motion, create “salt fingers” that slowly funnel salt down to the lakebed.

Study lead author Raphael Ouillon is a mechanical engineer at the University of California Santa Barbara. “Initially you form these tiny fingers that are too small to observe… but quickly they interact with each other as they move down, and form larger and larger structures,” said Ouillon.

“The initial fingers might only be a few millimeters or a couple of centimeters thick, but they’re everywhere across the entire surface of the lake,” said study co-author Eckart Meiburg. “Together these small fingers generate a tremendous amount of salt flux.”

“Altogether this makes the Dead Sea a unique system,” said study co-author Nadav Lensky. “Basically, we have here a new finding that we think is very relevant to the understanding of the arrangement of these basins that were so common in Earth’s history.”

The study is published in the journal Water Resources Research.