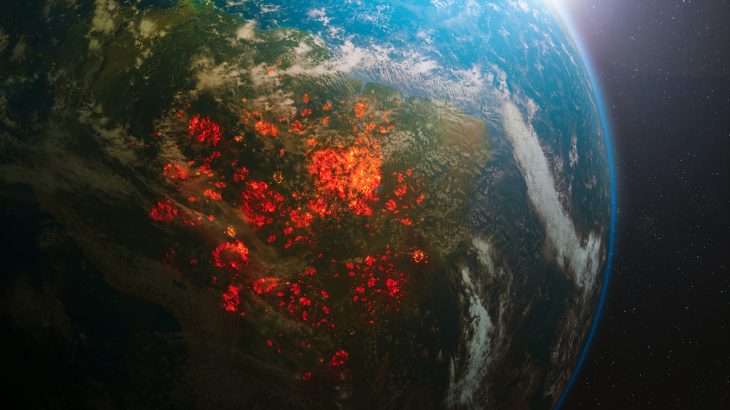 A new report from the European Space Agency (ESA) describes how the wildfires across the Amazon are causing devastation beyond forest and biodiversity losses. The fires are also sabotaging air quality and could potentially impact the global climate.

At this point, when we are already facing a climate crisis, losing large portions of a rainforest like the Amazon could turn into an environmental disaster. Trees act as carbon sinks that absorb and store carbon dioxide. As the forests burn, this carbon dioxide is released into the atmosphere.

According to ESA, however, there are also a number of other pollutants that enter the air during wildfires. In 2017, scientists launched the Copernicus Sentinel-5P mission to closely monitor these types of changes in air quality.

The Earth observation satellite is equipped with the Tropospheric Monitoring Instrument (Tropomi), which can map gases in the atmosphere such as nitrogen dioxide, ozone, formaldehyde, sulphur dioxide, methane, carbon monoxide, and aerosols.

For example, data from Copernicus Sentinel-5P was used to observe changes in atmospheric carbon monoxide from July to August and to examine how much formaldehyde was released from fires this year compared to 2018.

ESA noted that satellites play a key role in monitoring the various components of the atmosphere so that authorities have access to accurate information as they respond to incidents such as the fires in the Amazon. Ultimately, the information is also used to create new environmental policies. 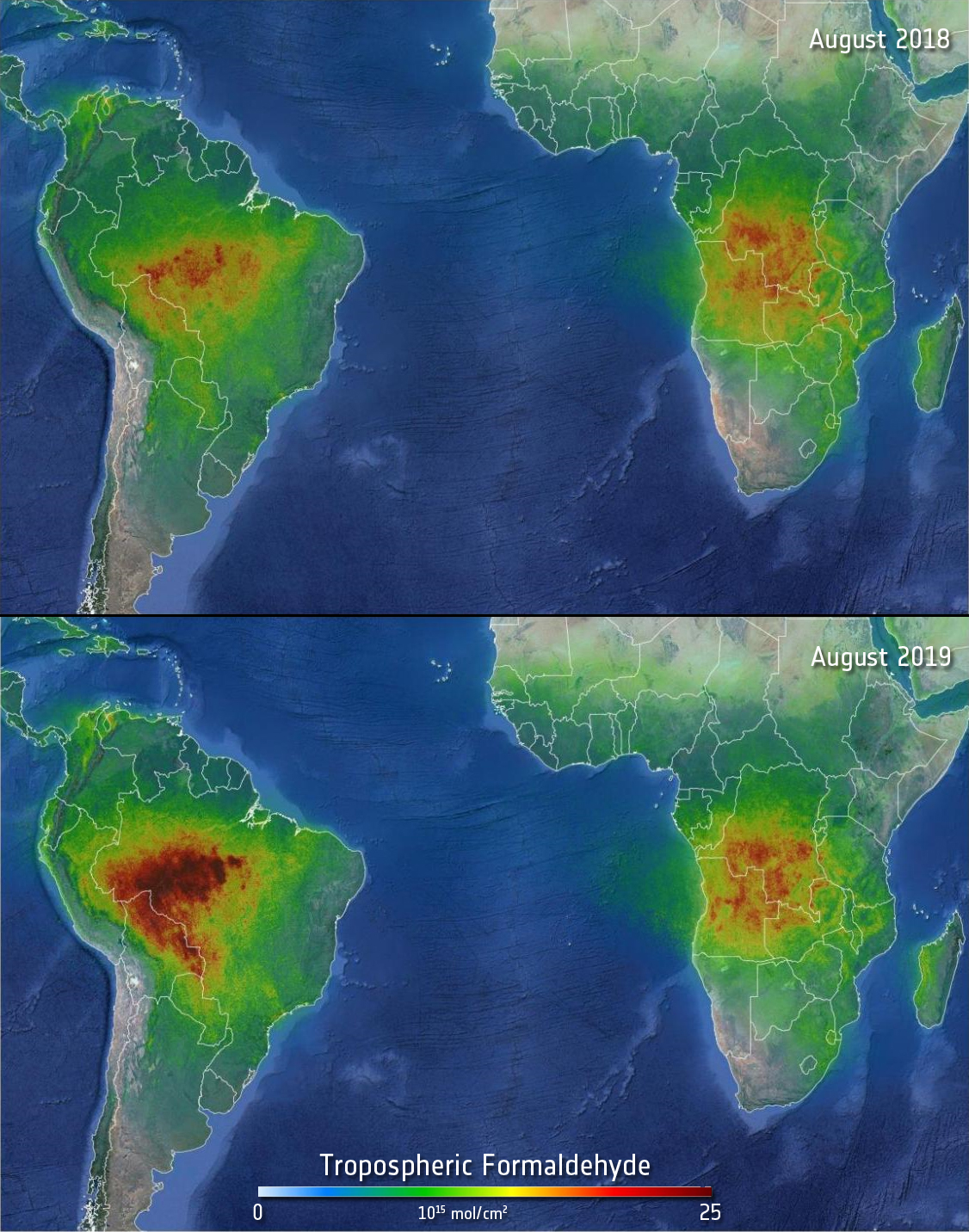 “Over the last months, we have observed more and more vegetation fires on our planet, in Brazil, Siberia, Greenland, Africa, Spain, Greece and many other places. Our Earth observation satellites keep a close eye on them in order to inform people and politicians with undisputed facts about our changing planet,” said Josef Aschbacher, ESA’s Director of Earth Observation programs.

Data from Copernicus Sentinel-3, which is used to detect the fires themselves, revealed that there were 79,000 fires around the world in August of 2019 compared to 16,632 in August of 2018.