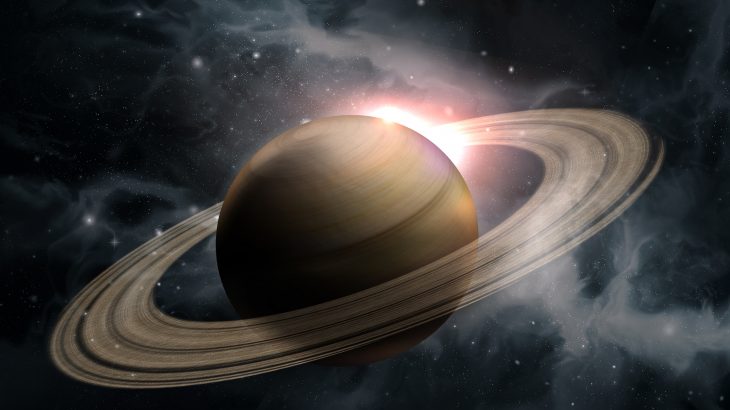 Saturn didn’t always have its rings

It’s hard to imagine the Saturn without its wide and vividly colored rings, but a new study has found that Saturn’s rings didn’t start to form until much later in the planet’s lifetime.

Saturn’s rings are made up of billions of icy particles that have been pulled into Saturn’s orbit. It was long assumed that the two formed together, making Saturn’s rings as old the planet itself.

However, a new study using data from the final phases of the Cassini spacecraft mission has found that rings are much younger.

The Cassini mission was launched in 1997 to study Saturn and its moons. In 2017, the mission ended in a triumphant finale as the spacecraft dove into Saturn’s atmosphere and ceased contact with Earth.

It wasn’t until Cassini’s final mission stages that the spacecraft could collect data on the rings. The spacecraft had always orbited outside of Saturn’s rings, and so it was impossible to tell the difference between the planet’s mass and its rings.

That all changed when the spacecraft took six trips crossing between the planet and its rings and researchers were able to measure the gravitational field of the planet and the rings during these crossings.

In a new study, researchers from the Sapienza University of Rome analyzed data collected during Cassini’s final stages to measure the gravitational field of the rings and their mass to determine the age of the rings.

The researchers found that Saturn’s gravitational field is different from what was theoretically predicted and that the rings are only ten to 100 million years old.

The planet is around 4.5 billion years old, and so Saturn’s iconic rings formed much later on.

The results of the study were published in the journal Science.