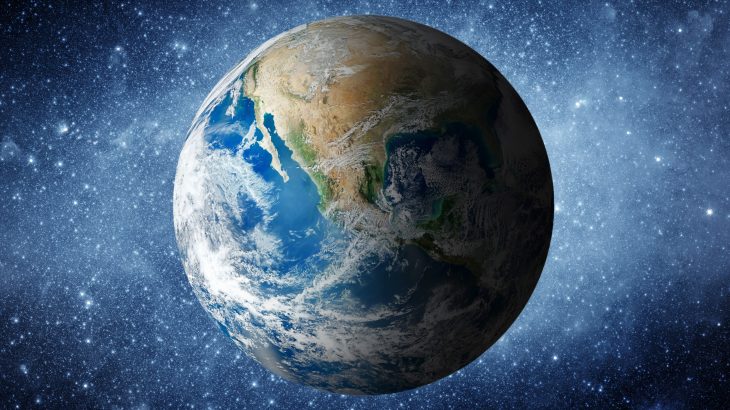 Scientists have reconstructed a record of the Earth’s climate over the last 66 million years using sediment cores collected from the ocean floor. By analyzing the sediments and the microfossils contained within them, the experts can identify past climate changes.

“Our goal was to create a new reference of past climate over the last 66 million years, which not only incorporates the highest-resolution data but is also more accurately dated,” said study first author Thomas Westerhold of the the University of Bremen Center for Marine Environmental Sciences (MARUM). “We now know more accurately when it was warmer or colder on the planet and we also have a better understanding of the underlying dynamics.”

The sediment cores were obtained over more than five decades during ocean drilling expeditions launched by the International Ocean Discovery Program (IODP).

The unprecedented geological record derived from the sediments reveals four distinctive climate states, which the researchers refer to as hothouse, warmhouse, coolhouse, and icehouse.

The experts found that these major climate states persisted for millions of years. Within each state, the climate shows variations that correspond to changes in Earth’s orbit around the sun. However, these variations are relatively small changes in global temperatures compared with the dramatic shifts between different climate states.

“We’ve known for a long time that the glacial-interglacial cycles are paced by changes in Earth’s orbit, which alter the amount of solar energy reaching Earth’s surface, and astronomers have been computing these orbital variations back in time,” explained study co-author Professor James Zachos of UC Santa Cruz.

“As we reconstructed past climates, we could see long-term coarse changes quite well. We also knew there should be finer-scale rhythmic variability due to orbital variations, but for a long time it was considered impossible to recover that signal. Now that we have succeeded in capturing the natural climate variability, we can see that the projected anthropogenic warming will be much greater than that.”

For the past three million years, Earth’s climate has been in an icehouse state characterized by alternating glacial and interglacial periods. Human activities, including greenhouse gas emissions, are now driving the planet toward warmhouse and hothouse climate states, which have not occurred since the Eocene epoch about 34 million years ago. During the Eocene, polar ice was non-existent and average global temperatures were 9 to 14 degrees Celsius higher than today.

“The IPCC projections for 2300 in the ‘business-as-usual’ scenario will potentially bring global temperature to a level the planet has not seen in 50 million years,” said Professor Zachos.

“In an extreme greenhouse world with no ice, there won’t be any feedback involving the ice sheets, and that changes the dynamics of the climate.”

Most of the major climate transitions in the past 66 million years have been associated with changes in greenhouse gas levels. For example, rapid global warming during the Paleocene-Eocene Thermal Maximum – which drove the climate into a hothouse state – was associated with a massive release of carbon into the atmosphere. In the late Eocene, atmospheric carbon dioxide levels dropped and the climate gradually transitioned to a coolhouse state.

“The climate can become unstable when it’s nearing one of these transitions, and we see less predictable responses to orbital forcing, so that’s something we would like to better understand,” said Professor Zachos.