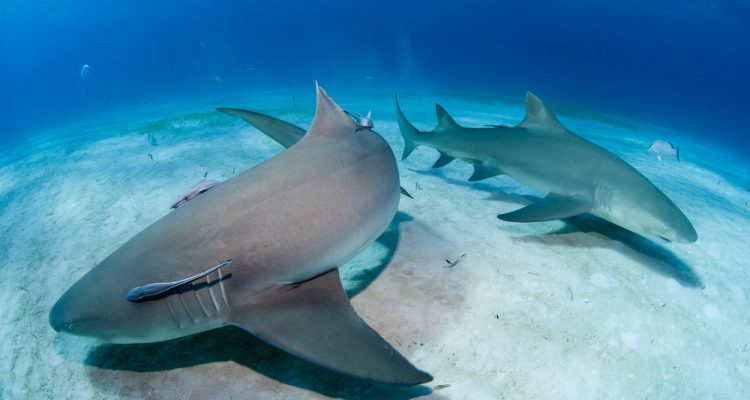 Scientists: shark DNA may hold the key to curing cancer

In the “X-Men” comics and movies, Wolverine has the unique ability to heal wounds within seconds. Sharks aren’t quite so fast, but their speedy healing abilities recently led scientists to study shark DNA in search of a cure for cancer.

Scientists have known for a while that cancer rates are incredibly low among sharks. The ocean predators also heal quickly. An open wound can heal in a matter of hours on a healthy shark.

Researchers from Cornell University, Clemson University, and Nova Southeastern University thought the two unique aspects of shark health might be related. They teamed up to study shark DNA and see what, if any, clues they could find.

“In addition to their ancient history and fundamental position in vertebrate systematics, chondrichthyans possess a wide variety of biological characteristics of note,” the researchers wrote in their study.

Over hundreds of millions of years, the DNA of chondrichthyans has undergone unique changes that may grant them accelerated healing abilities, the researchers found.

“Such traits include, but are not limited to, the presence of a primitive adaptive immune system, efficient wound healing, and the evolution of regional endothermy in several species,” the scientists wrote.

When a shark is injured, a layer of new cells rapidly grows to fill in the wound, much more quickly than in mammals.

Two genes particularly stood out to the researchers. Both are linked to higher rates of cancer in humans. In sharks, however, they act to prevent cancer.

“Apoptosis, or programmed cell death, is a process that eliminates dysfunctional cells and one of the hallmarks of cancer is the ability of malignant cells to evade apoptosis,” they wrote.

In humans, the two genes seem to work together to shut off cell death in some cells, which encourages formation of cancerous tumors. In sharks, however, those genes seem to induce death in cancerous cells, the researchers said.

Now, the scientists are studying tissues from those species using genomics, which focuses on the structure, function, and mapping of genomes. Little genetic mapping of shark DNA has been completed.

They hope that they can pinpoint how sharks developed their healing superpowers, the scientists said. They also hope to find out if those abilities can be used to help humans who are ill or injured.

Maybe Wolverine’s nickname should have been “Shark Boy.”

The study was published in the journal BMC Genomics.