Sea cucumbers can make themselves buoyant to speed around the ocean • Earth.com 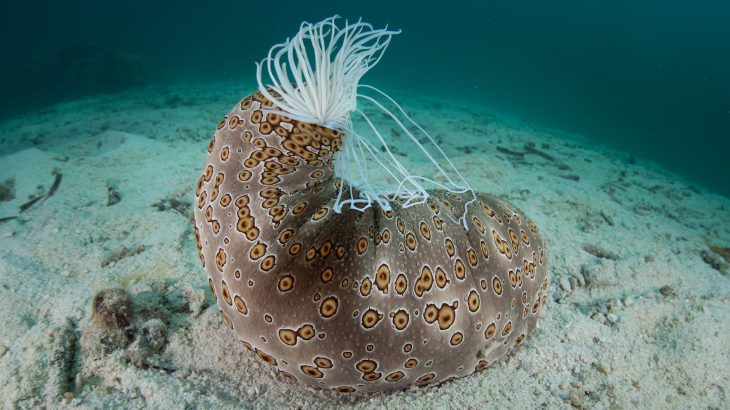 Sea cucumbers can make themselves buoyant to speed around the ocean

Sea cucumbers have adapted a very surprising method of mobility. New research has revealed that these creatures can suck water into their bodies through their anus, among other openings, puffing up like balloons and floating along with ocean currents.

According to National Geographic, this strategy allows the sea cucumbers to cruise along at speeds of up to 50 miles per day. It has been long assumed that these animals, which are nicknamed sea slugs, are not capable of moving quickly aside from their larval stage.

The study authors explained that sea cucumbers have an “unexpected ability to actively modify their buoyancy, leading them to tumble or float at speeds orders of magnitudes faster than through benthic crawling.”

The investigation was focused on the activity of two sea cucumber species, Cucumaria frondosa and Holothuria scabra, in both the lab and the ocean.

National Geographic reported that the researchers observed the response of the animals to various factors including salinity levels, strong currents, and sediment. The researchers found that the animals can puff up their body by more than 700 percent by taking in water.

While it is not known how far the animals are capable of traveling, the ability may allow sea cucumbers to migrate to safety if it becomes necessary for their survival.

The team discovered that the species H. scabra puffed up and floated more at night and during full moons. Mercier told National Geographic that this indicates the behavior is deliberate, and not random. “It does tell us probably that it’s a means of dispersal.”