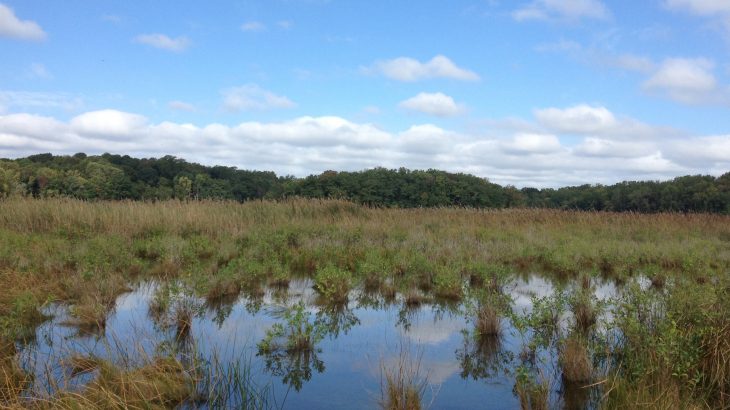 A new study has found that in response to sea-level rise, some coastal wetlands, like marshes, mangroves, and seagrasses, have begun to store more carbon in their soil. Therefore, these natural environments are rising to the challenge and protecting themselves, and perhaps other life forms, from climate change.

“Scientists know a fair amount about the carbon stored in our local tidal wetlands, but we didn’t have enough data to see global patterns,” said co-author Pat Megonigal, a soil scientist at the Smithsonian Environmental Research Center.

Researchers from China, Australia, South Africa, and the United States pooled together data from 345 wetland areas across the six continents. They looked specifically at how these wetlands reacted to sea-level change throughout a span of 6,000 years.

The team found that wetlands up against rising sea levels stored double, and sometimes quadruple, their normal amount of carbon within the top 20 centimeters of soil. Deeper soil stored five to nine times more carbon than pre-sea-level-rise soil.

The rapid collection of carbon occurs when excess carbon is created during plant growth and then buried under sediment as wetlands become wetter over time. The higher the waters rise, the more space is created for carbon storage underwater.

If the wetlands in southern Africa, Australia, China, and South America respond to sea-level rise the same way those in Europe and North America, which have taken the brunt of sea-level rise over the past 6,000 years, then scientists predict about 5 million tons of atmospheric carbon could be stored underground. That’s equal to taking more than one million cars off the road.

“Preservation of coastal wetlands is critical if they are to play a role in sequestering carbon and mitigating climate change,” said lead author Kerrylee Rogers of the University of Wollongong in Australia. And that, as scientists have said, will rely on wetlands being able to migrate inland.

The research was published in Nature.