Sea lions have mastered the timing to prey on Chinook salmon • Earth.com 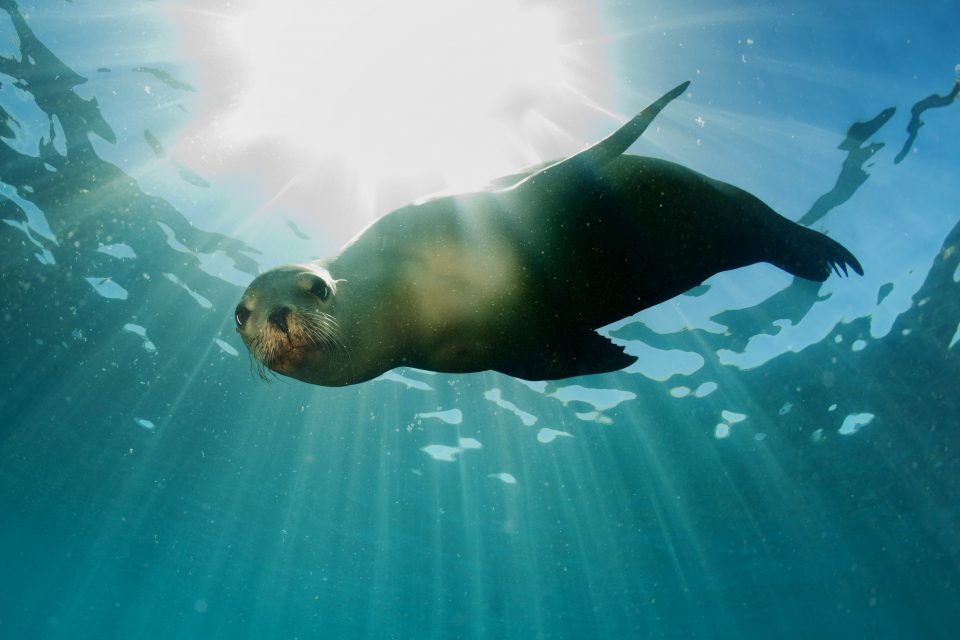 Sea lions have mastered the timing to prey on Chinook salmon

In the late spring and summer, mature Chinook salmon return from the sea to the Columbia River and make their treacherous journey upstream to spawn. A new study from the University of Washington has revealed that when the salmon venture back to the river too early in the season, there are hungry California sea lions waiting for them.

In collaboration with experts at NOAA Fisheries, the researchers found that sea lions have the largest negative effect on Chinook salmon that arrive early in the lower Columbia River. The sea lions have discovered that by swimming as far as 145 miles upstream, they can feast on migrating salmon.

Study lead author Mark Sorel is a doctoral student at the UW School of Aquatic and Fishery Sciences.

“We investigated whether mortality rates varied depending on the specific threatened Chinook salmon population, determined by when they arrive in the river,” said Sorel. “We found that, based on their individual return timing and the abundance of sea lions in the river when they return, individual populations experience different levels of sea lion-associated mortality.”

At the mouth of the Columbia River, the largest abundance of California sea lions can be found in early spring, before they leave the region to head for their breeding grounds in southern California.

The study also revealed that the earliest arriving salmon migrate through the lower part of the Columbia River more slowly than those arriving later in the season, which increases the threat of exposure to predators.

“This information on how different populations are affected by sea-lion associated mortality is key because recovery of endangered Chinook salmon requires multiple of the individual populations to be healthy,” said Sorel.

The Marine Mammal Protection Act of 1972 protected California sea lions from being killed, captured, or harassed. As a result, their numbers are quickly rebounding along the West Coast. The salmon populations that are hunted by the sea lions in the Columbia River are endangered, and experts warn that urgent action is needed. The hunting behaviors of sea lions are learned, which means the problem could continue to grow exponentially.

The National Marine Fisheries Service recently granted approval for Washington, Idaho, Oregon and several Pacific Northwest tribes to capture and euthanize problematic sea lions within a larger area of the lower Columbia and Willamette Rivers. This decision was made after non-lethal methods, such relocation, were not successful.

“This is often a challenging management problem as both sea lions and salmon are of strong interest to the public, and both are protected under federal statutes,” said Sorel. “Management must consider multiple social values and operate within existing legal frameworks.”