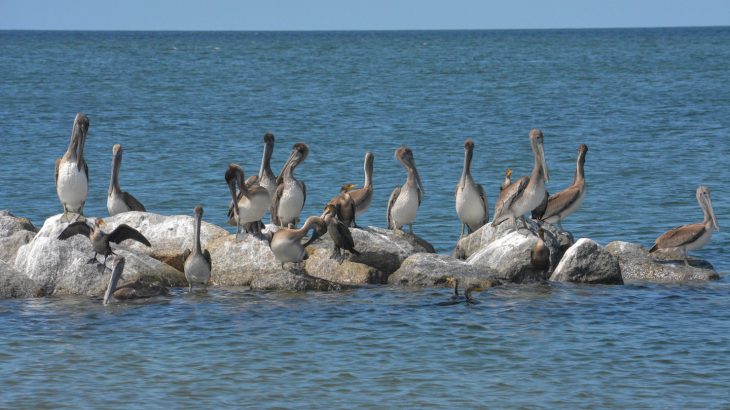 Seabird populations have been steadily declining over the last seven decades. In the past 50 years alone, their numbers have dropped by as much as 70 percent.

A new study by scientists from the University of Aberdeen has revealed that the rapid disappearance of seabirds can be attributed to human activities, including habitat destruction, overfishing, and pollution.

For their analysis, the team examined two separate time periods: from 1970 to 1989 and from 1990 to 2010. The experts evaluated the extent of the competition that seabird species would have encountered when they searched for food, including anchovies, sardines, mackerel, squid, krill, and crustaceans.

In addition, the annual consumption rate of these animals was estimated for 276 different types of seabird species. This calculation was based on population counts and models, which they compared to data from the Sea Around Us world database – a record of annual catches by fishing boats.

“Our research shows, that despite the decline of the world seabird community between 1970 to 1989 and 1990 to 2010, competition with,” said study co-author Dr. Aurore Ponchon. “This competition was even enhanced in almost half the oceans.”

“In addition to other factors such as pollution, predation by invasive species on chicks, the destruction and changes in their habitat by human activities and environmental changes caused by climate change, puts seabirds at risk, making them the most threatened bird group, with a 70 per cent decline over the past seven decades.”

“This study calls for an improved management of the world’s fisheries to alleviate competition pressure on seabird populations.”

The research is published in the journal  Current Biology.