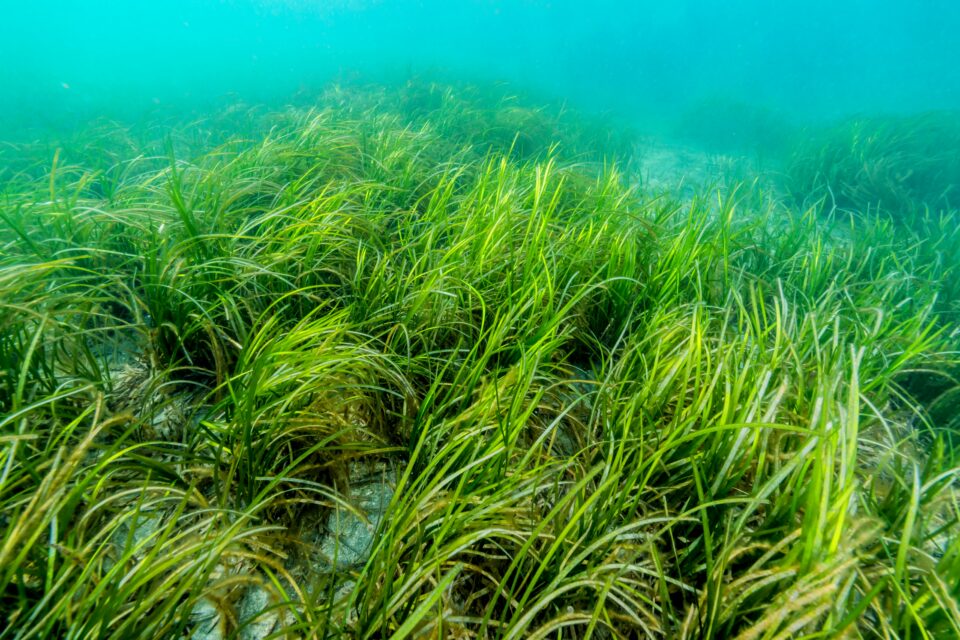 Seagrass is suffering from a wasting disease across the Pacific Northwest, and climate change is driving the destructive outbreak, according to a new study from Cornell University.

Seagrass wasting disease (SWD) is particularly threatening to a temperate species known as eelgrass. In the new study, experts report that the pathogen responsible for SWD, Labyrinthula zosterae, is thriving in warmer ocean temperatures.

According to the study authors, the heat sensitivity of Labyrinthula zosterae prompts the need for a greater understanding of the impacts on host health under climate change.

As the problem of seagrass wasting disease becomes increasingly widespread, the researchers have confirmed that the disease impacts eelgrass all the way down to its roots.

“Not only are we seeing more seagrass wasting disease outbreaks, we’re seeing a severe impact within the vital nutrient stores of these plants in the roots – so they become compromised late in the growing season, setting them up for a harder winter,” explained study co-lead author Olivia Graham.

Eelgrass can be found in the San Juan Islands, Washington, and on the Salish Sea along the Canadian border. Graham said that in typical conditions, the seagrass meadow environment has bountiful underwater rainforests, which clean the waters and support herring, salmon, perch, clams, mussels and oysters.

For the investigation, the researchers marked hundreds of plants at low tide and monitored the meadow for several weeks. They found that seagrass with disease lesions grew more slowly, produced less storage sugars, and were less healthy overall.

“This answers a long-standing question about whether this disease does actual damage,” said study senior author Professor Drew Harvell. “Unfortunately, it is a resounding ‘yes.’”

Eelgrass plants spread vegetatively, explained Professor Harvell, noting that seagrass roots have huge systems where carbohydrates and sugars get manufactured and stored, to expand their own lush networks.

“We learned that the lesioned plants had reduced starch reserves and grew more slowly, so now we can say that the wasting disease is even bigger than most thought – and the harm goes well beyond the lesions,” Harvell said.