Farmed seafood supply is at risk due to climate change • Earth.com 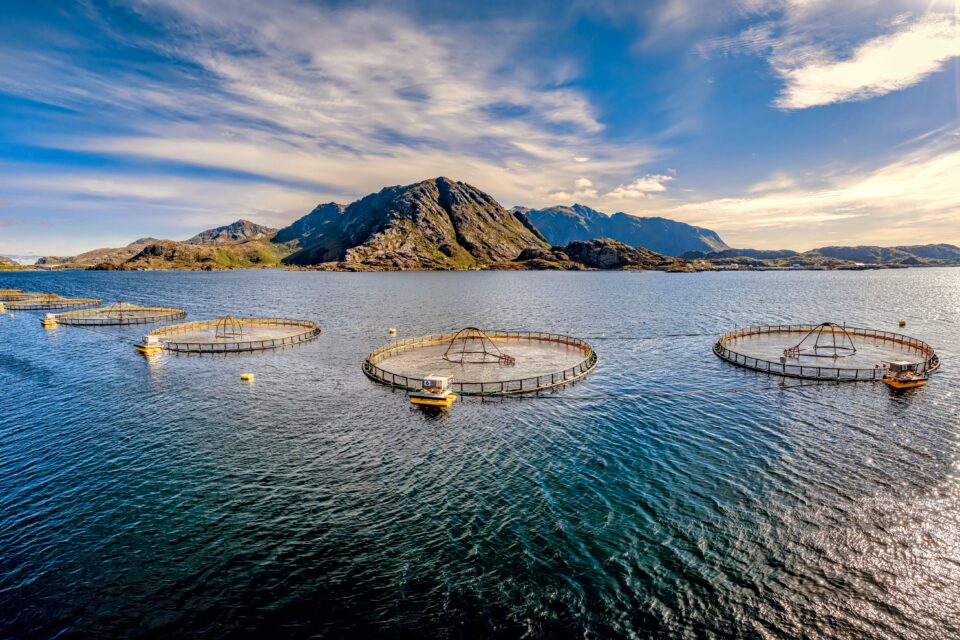 Farmed seafood supply is at risk due to climate change

A new study led by the University of British Columbia (UBC), Canada, has found that, if no action to mitigate climate change is taken, the supply of ocean-farmed seafood such as salmon or mussels is projected to drop 16 percent globally by 2090.

Many people see ocean-farmed seafood or mariculture as a solution to the problem of depleted wild fish stocks and growing human demand. However, new findings show that this industry is also very vulnerable to climate change.

By taking into account various factors, such as changing ocean temperatures, suitable mariculture areas, and the supply of fishmeal (which is composed of smaller fish such as anchovies or herring that farmed fish feed upon) and fish oil, the researchers projected a significant decline in farmed seafood by the end of this century.

“If we continue to burn fossil fuels at our current rate, the amount of seafood such as fish or mussels able to be farmed sustainably will increase by only eight percent by 2050, and decline by 16 percent by 2090,” said study lead author Dr. Muhammed Oyinlola, a postdoctoral fellow at the Institute for the Oceans and Fisheries (IOF) at UBC. The hardest-hit regions, including countries such as Norway, the Netherlands, Bangladesh, China, or Myanmar, could see a decline of 40 to 90 percent.

In a low emissions scenario though, where significant action is taken to curb climate change, mariculture is projected to grow by 17 percent until 2050 and 33 percent by the end of the century.

A method of mitigating the effects of climate change on fish farms is to substitute fishmeal and fish oil with plant-based foods such as soybeans. When a quarter of the fish food is substituted with such alternatives, under a low emission scenario, farmed fish production was projected to increase by 25 percent by 2050 and 31 percent by 2090.

“This study highlights the need to diversify mariculture development from the current focus on fish,” and include species not dependent of fishmeal and fish oil, such as shellfish or algae, said study senior author Dr. William Cheung, the director of IOF.  “Farming these species generally helps to reduce exposure of seafood farming to climate hazards.”

“Climate change affects everything, including aspects of seafood farming we’ve not previously considered. We need to act, and quickly, to mitigate climate change rather than rely on one solution to solve all our seafood production problems,” Dr. Cheung concluded.