The search for the ingredients of life • Earth.com 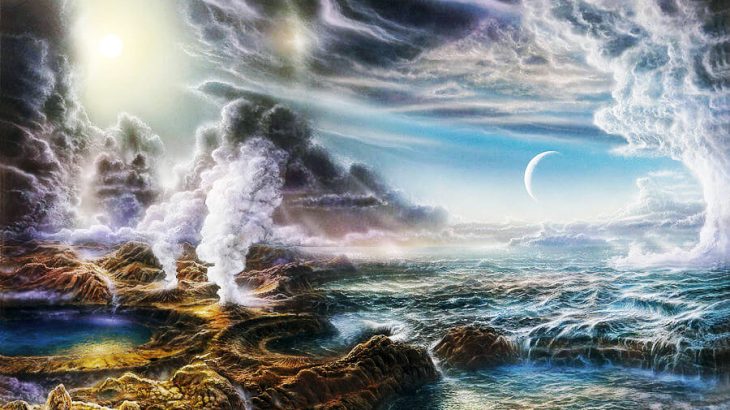 The search for the ingredients of life

Creating miniature replicas of Earth may sound like a futuristic, almost God-like power, but it’s something that scientists around the world attempt to do on a daily basis. These researchers are looking for the primordial ingredients that created the building blocks for life, and their work is about more that just creating worlds.

Today, a significant amount of origin-of-life research is focused on one specific building block: RNA. Although some scientists believe life formed from simpler molecules and only later evolved RNA, some search for evidence to either prove or disprove that RNA formed first.

RNA is a complex molecule that both stores and transmits genetic information and helps synthesize the proteins that make us living beings. In the effort to verify this “RNA World Hypothesis,” researchers are met with two challenges. First, they need to identify which ingredients reacted to create RNA’s four nucleotides – adenine, guanine, cytosine, and uracil (A, G, C, and U). Second, they must determine how RNA stored and copied genetic information in order to replicate itself.

In this quest, scientists have made major progress finding precursors to C and U – but A and G remain ever elusive. But a recent study published in PNAS by Jack W. Szostak, a professor of Chemistry and Chemical Biology at Harvard University, suggests that RNA could have started with a different set of nucleotide bases. Rather than guanine, RNA may have been built with a surrogate called inosine.

“Our study suggests that the earliest forms of life (with A, U, C, and I) may have arisen from a different set of nucleobases than those found in modern life (A, U, C, and G),” says Seohyun Kim, a graduate student and first author of the paper.

They made this discovery while testing whether 8-oxo-purine RNA – which could be made with materials available on primeval Earth – could replicate efficiently. It turned out that the 8-oxo-purine RNA still performs, but loses the speed and accuracy needed to copy itself. But as the researchers compared it against a control – inosine – they found that inosine enabled RNA to replicate with high speed a little error.

“We propose that inosine could have served as a surrogate for guanosine in the early emergence of life,” the team concludes. This discovery could provide some of the evidence needed to support the RNA world hypothesis. However, scientists could find that early Earth had many paths for the growth of life. Ultimately, it seems that the search for life continues.