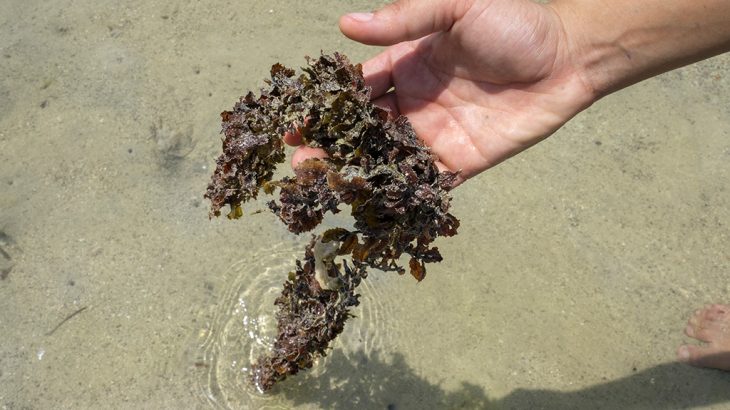 A new study from the King Abdullah University of Science and Technology (KAUST) suggests that the role of seaweed in climate change mitigation has been underestimated. The researchers found that seaweed can travel far beyond coastal areas to help capture and store carbon from the atmosphere.

Also known as macroalgae, seaweed is responsible for developing some of the largest and most productive coastal habitats. Seaweed can be found all over the globe and is known for its efficiency in capturing atmospheric CO2 and converting it into plant material.

An international research team has discovered that diverse macroalgae species drift as far as 5,000 kilometers beyond coastal areas. Approximately 70 percent of this seaweed will sink to the depths of the ocean below 1,000 meters, taking the carbon that it has captured along with it.

“This finding has huge implications for how the global carbon dioxide budget is calculated,” said study first author and PhD student Alejandra Ortega. “It indicates that macroalgae are important for carbon sequestration and should be included in assessments of carbon accumulated in the ocean, known as blue carbon.”

In current assessments of blue carbon, seaweed has been largely overlooked because it has no roots and moves around the ocean. Prior to the current study, very little was known about the fate of macroalgae once it has floated away from the coast.

For this reason, the role of seaweed in carbon sequestration, particularly in the sediments of seagrass and mangrove, has been mostly unaccounted for.

However, the KAUST team has now identified DNA sequences of macroalgae in hundreds of metagenomes generated by global ocean expeditions. Collectively, these missions surveyed the ocean to a depth of 4,000 meters and sequenced the particulate material collected in the water to create a worldwide DNA resource.

Using Dragon Metagenomic Analysis Platform (DMAP), the experts searched for macroalgae in the massive dataset. The study produced the very first quantitative evidence of macroalgae presence beyond the shoreline.