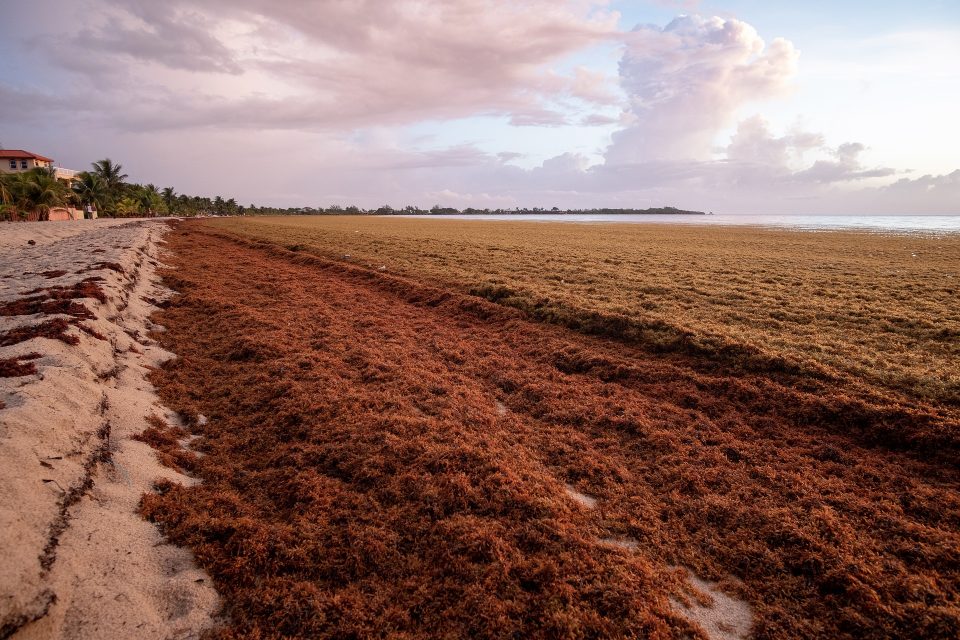 Seaweed infestation is clustering on beaches and costing millions in clean-up. For most people, the ideal beach is one that is clean with sparkling blue water and the smell of salty air. But if you’ve been to the beaches in Mexico, Florida, and some of the Caribbean islands recently, there’s a good chance that you didn’t find them to be clean or smell of fresh ocean air.

In the past month, enormous quantities of Sargassum seaweed have washed up on the shores in these areas, creating a nasty smell and attracting flies as it rots in the sun.

The European Space Agency has been tracking this seaweed infestation, and the details of a paper recently published in Science explain how scientists have tracked the growth and movements of this infestation using 19 years of satellite data.

Satellite data from the last year showed that Sargassum growth hit a high, as a brown belt of this macroalgae stretch 8,850 km from west Africa to the Gulf of Mexico. Scientists used computer simulations to confirm that this seaweed forms its shape in response to ocean currents, and this new paper suggests that deforestation and runoff from fertilizer into the Amazon river – which empties into the Atlantic Ocean – have stimulated this growth.

“This year’s bloom is particularly bad, causing a risk to public health and affecting the tourism industry,” says Josef Aschbacher, ESA’s Director of Earth Observation Programmes. “And, in response to a request from the Mexican Space Agency, we are helping to provide satellite images of this current disaster.”

The Mexican government has already spent millions of dollars to remove over half a million tons of seaweed from its beaches, as this has been an issue since 2011.

“Tracking Sargassum is important because once it accumulates on beaches it causes significant problems including issues for public health, and for the economy such as lass of income from tourism, the cost of clean-up operations,” explains Craig Donlon, Principal Scientist for oceans and ice at ESA. “Earth observation data are important inputs to services and organizations tasked to monitor Sargassum masses at sea, helping to forecast when it will arrive on shore allowing local communities to act and plan accordingly.”