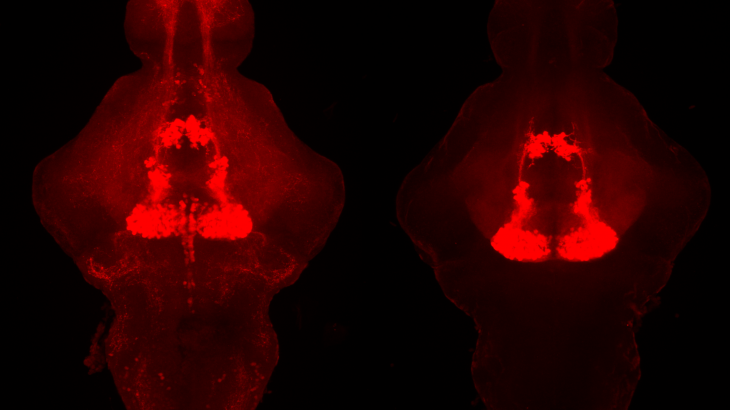 Serotonin is an important chemical in the body which is known to play a role in mood, memory, social behavior, appetite, and cognition. While this compound is also known to influence sleep, previous studies have produced conflicting evidence as to whether serotonin promotes sleepiness or wakefulness.

To investigate, a team of researchers at Caltech focused on a region of the brainstem called the raphe nucleus, which is responsible for both manufacturing and releasing serotonin to other brain regions. These structures are found in a wide range of organisms from fish to humans, and the experts used zebrafish as a model for the study.

The researchers genetically modified zebrafish so that their raphe did not produce serotonin. The mutant fish were found to sleep about half as much as they would normally sleep. The fish also slept much less than usual when the raphe was completely removed.

“This suggests that serotonin produced by the raphe is required for the fish to get normal amounts of sleep,” explained study lead author Grigorios Oikonomou.

In another experiment, zebrafish were modified so that their raphe could be activated by light. When the researchers shined a light on the fish, it put them straight to sleep. Activating the raphe in fish that did not synthesize serotonin, however, had no effect on sleep.

The researchers believe that the firing of neurons in the raphe and their release of serotonin is a way for the brain to build up sleep pressure. For example, they found that zebrafish lacking serotonin showed reduced sleep pressure.

“There are two main factors that control sleep. One is the circadian clock –  when it is light during the day, the body is awake, and when it gets dark, the body knows to sleep. The other factor is called homeostatic sleep pressure,” explained Oikonomou.

“When you wake up in the morning, you have just gotten rest, and so you’re energetic. As the day goes on, you get tired and sleepy, so there is a building of pressure to sleep. If you don’t sleep that night, your sleep pressure is even higher, and you are even more tired the next day even though it’s light outside, and your circadian clock dictates that you should be awake.”

“The theory is that, in order to sleep, you need to have high sleep pressure and the circadian clock needs to be aligned with the time of day – nighttime for diurnal creatures like us and daytime for nocturnal animals.”

The research may help to explain some of the sleep-related side effects of common antidepressant drugs that increase serotonin levels in the brain.