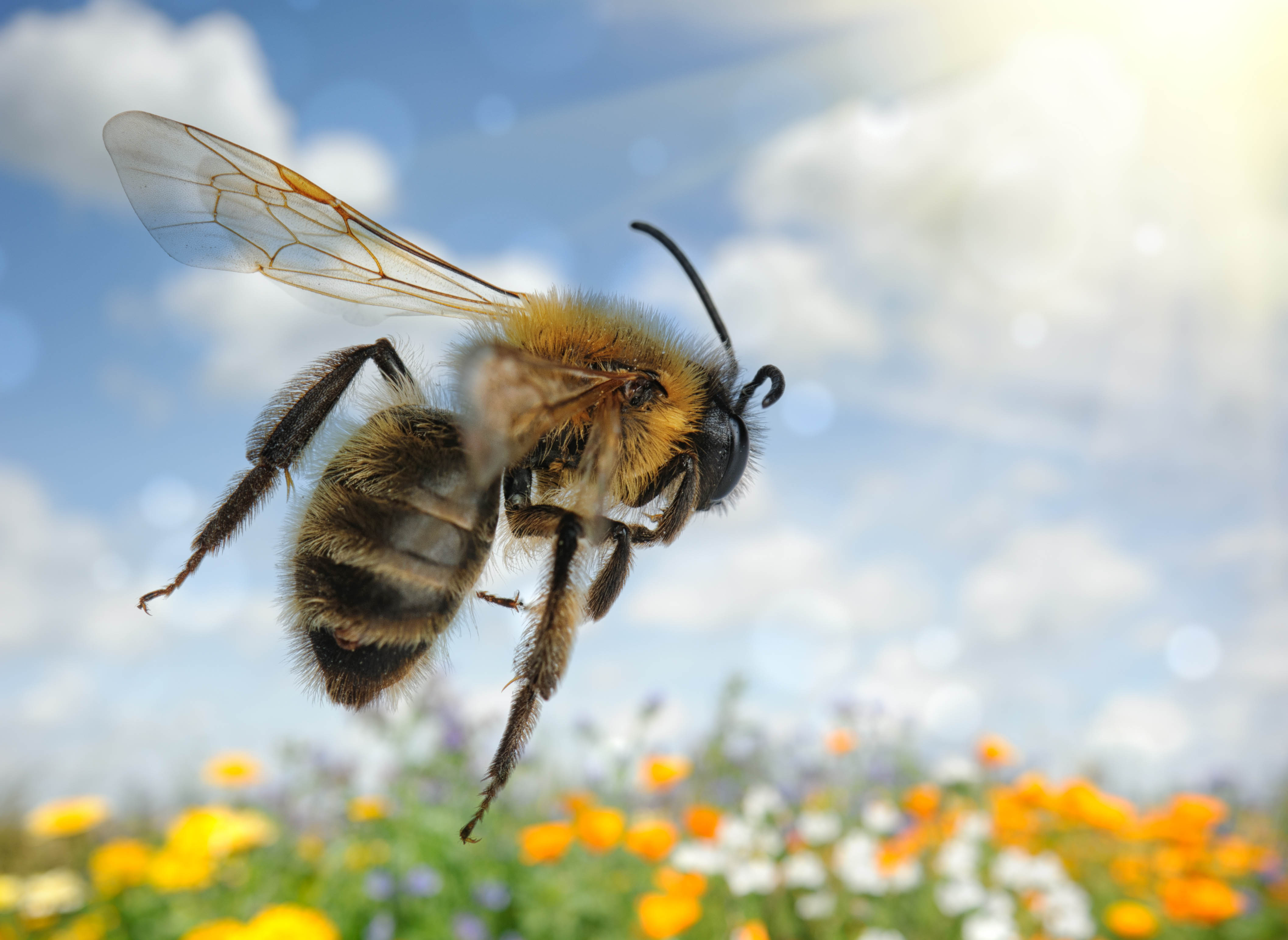 Federal authorities on Friday added seven yellow-faced bee species, Hawaii’s only native bees, for protection under the Endangered Species Act, a first for any bees in the United States.

The U.S. Fish and Wildlife Service announced the listing after years of study by the conservation group Xerces Society, state government officials and independent researchers. The Xerces Society says its goal is to protect nature’s pollinators and invertebrates, which play a vital role in the health of the overall ecosystem.

The nonprofit organization was involved in the initial petitions to protect the bee species, said Sarina Jepson, director of endangered species and aquatic programs for the Portland, Oregon-based group.

Jepson said yellow-faced bees can be found elsewhere in the world, but these particular species are native only to Hawaii and pollinate plant species indigenous to the islands.

The bees face a variety of threats including “feral pigs, invasive ants, loss of native habitat due to invasive plants, fire, as well as development, especially in some for the coastal areas,” Jepson told The Associated Press.

The bees can be found in a wide variety of habitats in Hawaii, from coastal environments to high-elevation shrub lands, she said. The yellow-faced bees pollinate some of Hawaii’s endangered native plant species. While other bees could potentially pollinate those species, many could become extinct if these bees were to die off entirely.

Hawaii-based entomologist Karl Magnacca worked with Xerces on much of the initial research. It has taken almost 10 years to get to this point, he told the AP. “It’s good to see it to finally come to fruition,” he said.

The bees “tend to favor the more dominant trees and shrubs we have here,” he said. “People tend to focus on the rare plants, and those are important, that’s a big part of the diversity. But the other side is maintaining the common ones as common. (The bees) help maintain the structure of the whole forest.”

Magnacca added that there are a lot more rare insects that deserve protection. “It may not necessarily be appropriate to list them as endangered, but we have this huge diversity that we need to work on and protect here in Hawaii,” he said. “There’s a huge amount of work that needs to be done.”

The bees are critical for maintaining the health of plants and other animals across the islands, said Gregory Koob, conservation and restoration team manager for the Fish and Wildlife Service in Honolulu.

There is no designated critical habitat attached to the listing, he said, but the protection will allow authorities to implement recovery programs, access funding and limit their harm from outside sources. All federal agencies must consult with the Fish and Wildlife service when interacting with endangered species.

“As an animal, it can’t be taken or harmed or killed by individuals,” Koob said. “Any research that is done needs a permit from Fish and Wildlife Service unless it’s done by a state agency.”

Koob said that if the bees were removed from ecosystem, the plants that they pollinate would likely not survive.

“Those plants are not only food and nesting habitat for the bees, but they also provide habitat for other animals,” he said. “It’s the web of life.”

Friday’s listing finalized the protection of 10 animal species in Hawaii, the seven bees along with the band-rumped storm-petrel, the orangeblack Hawaiian damselfly and the anchialine pool shrimp. It also added 39 species of plants native to Hawaii.

The rusty-patched bumble bee, found widely across the continental United States, is also being considered for protection.