Shocking levels of microplastics found in a tropical paradise • Earth.com 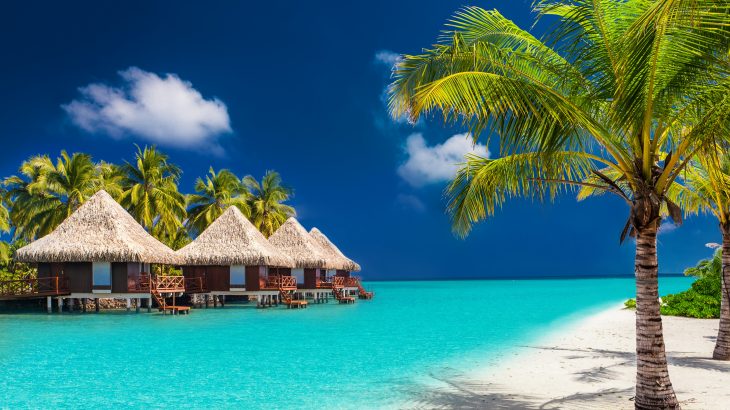 A new study from Flinders University has revealed that marine microplastic pollution in the ocean surrounding the Maldives is among the highest recorded anywhere in the world. The contamination severely threatens marine life in shallow reefs, as well as the livelihoods of local communities.

The Maldives is an island nation located in the Indian Ocean off the western coast of Sri Lanka. With white sandy beaches and some of the bluest water on the planet, the islands are a hotspot for tourism.

Microplastics measure less than 5 millimeters in length, which makes them basically invisible in the water. The researchers tested plastic pollution levels in 22 sites off the coast of Naifaru, the most populous island in Lhaviyani Atoll.

“Our findings show microplastics are ubiquitous in marine sediments around a remote coral island, at sizes ingestible by marine organisms, raising concerns about potential effects of microplastic ingestion by coral reef species,” wrote the researchers.

“The majority of microplastics found in our study were less than 0.4mm in width, so our results raise concerns about the potential for microplastic ingestion by marine organisms in the shallow coral reef system. The accumulation of microplastics is a serious concern for the ecosystem and the local community living off of these marine resources, and can have a negative impact on human health.”

The microplastics may have been transported by ocean currents from neighboring countries like India. The pollution also likely stems from poor sewerage and wastewater systems in the Maldives.

“Current waste management practices in the Maldives cannot keep up with population growth and the pace of development. The small island nation encounters several challenges regarding waste management systems and has seen a 58% increase of waste generated per capita on local islands in the last decade,” says Professor Da Silva.

“Without a significant increase in waste reduction and rapid improvements in waste management, small island communities will continue to generate high levels of microplastic pollution in marine environments, with potential to negatively impact the health of the ecosystem, marine organisms, and local island communities.”

The researchers are currently analyzing the stomach contents of coral reef fish in the Maldives to test for the presence of microplastics.

The study is published in the Science of the Total Environment.