Sharks have vanished from 20 percent of coral reefs   • Earth.com 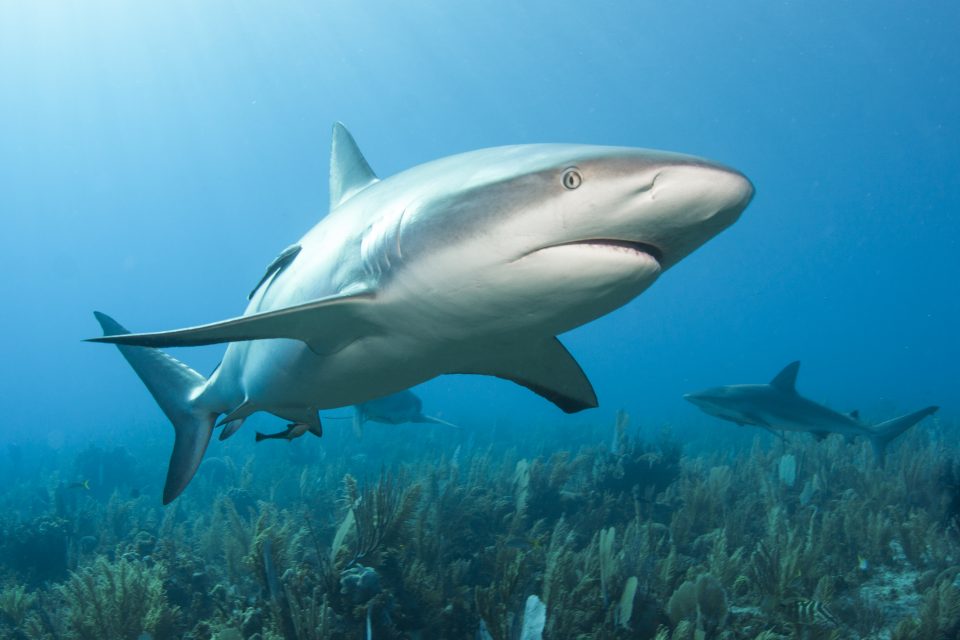 Sharks have vanished from 20 percent of coral reefs

Scientists have conducted the first-ever worldwide survey of reef sharks. The study revealed that sharks have basically vanished from one out of every five coral reefs.

Study co-author Professor Colin Simpfendorfer of James Cook University said that among the 371 reefs surveyed in 58 countries, sharks were rarely seen on nearly 20 percent of those reefs.

“This doesn’t mean there are never any sharks on these reefs, but what it does mean is that they are ‘functionally extinct’ – they are not playing their normal role in the ecosystem,” explained Professor Simpfendorfer.

Across 69 coral reefs in the Dominican Republic, the French West Indies, Kenya, Vietnam, the Windward Dutch Antilles, and Qatar, there was almost no sign of sharks.

“In these countries, only three sharks were observed during more than 800 survey hours,” said Professor Simpfendorfer.

“We found that robust shark populations can exist alongside people when those people have the will, the means, and a plan to take conservation action,” added Dr. Chapman.

Professor Simpfendorfer said it was encouraging that Australia was among the best nations at protecting shark populations and ensuring they played their proper role in the environment.

“We’re up there along with such nations as the Federated States of Micronesia, French Polynesia and the US. These nations reflect key attributes that were found to be associated with higher populations of sharks: being generally well-governed, and either banning all shark fishing or having strong, science-based management limiting how many sharks can be caught.”

Jody Allen is the co-founder and chair of the Paul G. Allen Family Foundation, which backs the Global FinPrint project. She said the results exposed a tragic loss of sharks from many of the world’s reefs, but also provided some hope.

“The data collected from the first-ever worldwide survey of sharks on coral reefs can guide meaningful, long-term conservation plans for protecting the reef sharks that remain,” said Allen.