Singing mice reveal how the brain clicks into conversation • Earth.com 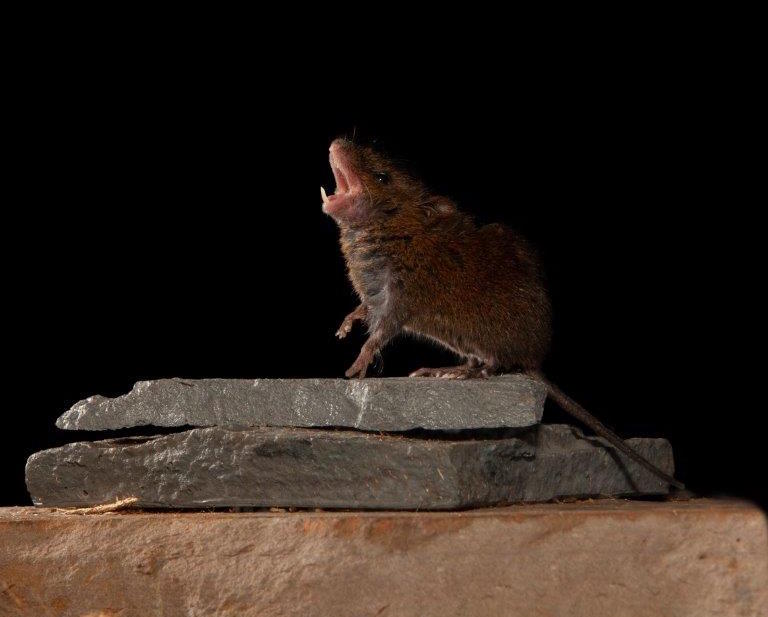 Singing mice reveal how the brain clicks into conversation

Researchers from New York University’s School of Medicine have discovered the brain circuit that could be responsible for the ability to have high-speed, back-and-forth conversation. By studying the male Alston singing mouse, from the cloud forests of Costa Rica, researchers have launched a new model to examine the brain’s mechanisms that allow behind the sub-second precision of vocal turn-taking.

“Our work directly demonstrates that a brain region called the motor cortex is needed for both these mice and for humans to vocally interact,” said senior author Michael Long, PhD, an associate professor of neuroscience at NYU School of Medicine.”We need to understand how our brains generate verbal replies instantly using nearly a hundred muscles if we are to design new treatments for the many Americans for whom this process has failed, often because of diseases such as autism or traumatic events, like stroke.”

The study, published March 1st in Science, shows that circuits in the motor cortex of the brain enable the fast starts and stops of conversation while other areas of the brain tell muscles to create vocal notes.

Banerjee explained that, before their study, there were no suitable mammalian models to help them explore conversation besides the marmoset, a primate whose back-and-forth conversation is much slower than human speech. However, once the team realized that the singing mice “bend and break” their songs to fit a changing social situation, researchers were able to pinpoint the relationships between brain centers and song musculature during a mouse-to-mouse sing-song conversation.

Furthermore, researchers found that the orofacial motor cortex (OMC), located at the front and side of the motor cortex, regulated song timing. Knowing this, they were then able to slow the OMC via a safe method called “focal cooling” to observe functional separation between the brain between sound generation and timing functions.

The team will continue to use their mouse model to deeper explore speech circuits in human brains in an effort to better understand what happens when things go wrong due to disease and trauma.