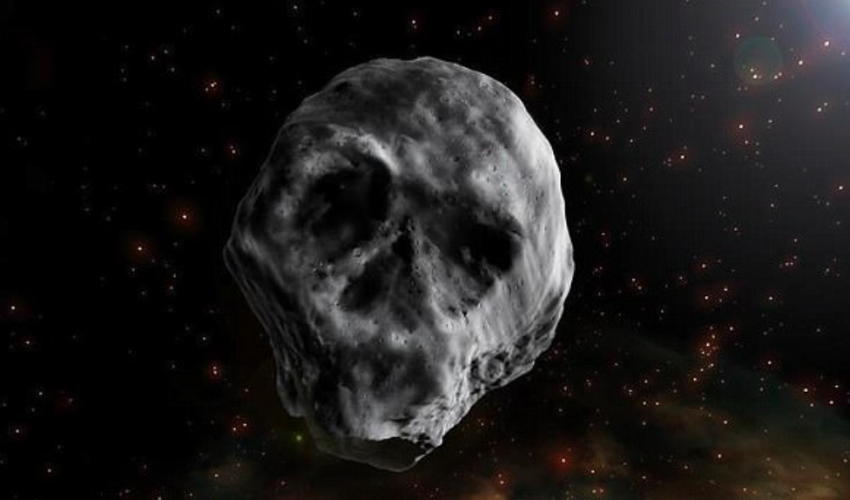 Spooky skull-shaped asteroid coming back to haunt Earth next year

On Halloween in 2015, an asteroid passed by Earth that looked remarkably like a skull. Experts are reporting that the comet will appear again in November of next year.

The “Halloween asteroid” flew past the planet at an uncomfortably close distance of  300,000 miles, which is just a little bit more than the distance from the Earth to the moon. On its next visit, the comet is projected to fly by much farther, at about 105 Earth-moon distances.

The asteroid, which is officially named 2015 TB145, was first spotted by Pan-STARRS, a panoramic survey telescope at the Haleakala Observatory in Hawaii.

Scientists observing the rock with NASA’s Infrared Telescope Facility (IRTF) have determined that the asteroid is more than likely “a dead comet that has shed its volatiles after numerous passes around the sun.”

“The IRTF data may indicate that the object might be a dead comet, but in the Arecibo images it appears to have donned a skull costume for its Halloween flyby,” said IRTF program scientist Kelly Fast.

The experts estimate that the rock measures about 2,100 feet across and is covered in molecules that prevent it from reflecting much light.

“We found that the object reflects about six percent of the light it receives from the sun,” said Vishnu Reddy, a research scientist at the Planetary Science Institute.

“That is similar to fresh asphalt, and while here on Earth we think that is pretty dark, it is brighter than a typical comet which reflects only 3 to 5 percent of the light. That suggests it could be cometary in origin – but as there is no coma evident, the conclusion is it is a dead comet.”

Because of its size and its orbital path, the comet has been classified by NASA as a Potentially Hazardous Asteroid (PHA).

A team of scientists, including astrophysicist Pablo Santos-Sanz from the Institute of Astrophysics of Andalusia, published a paper about the asteroid earlier this year in the journal Astronomy & Astrophysics.