The moon formed when Earth collided with a protoplanet • Earth.com 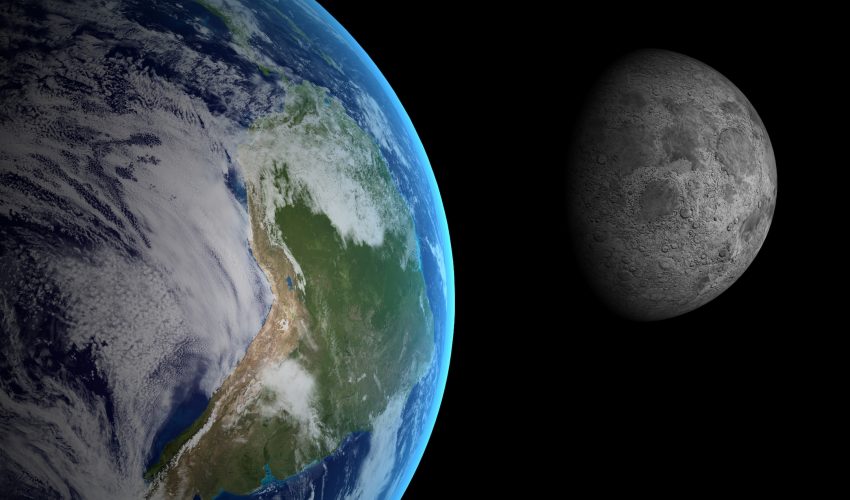 The moon formed when Earth collided with a protoplanet

It has been theorized that the moon was created by a giant protoplanet called Theia smashing into the Earth and creating debris that orbited the planet until it came together to form our moon. But now scientists are saying that this object may have been far smaller than previously thought.

Up until now, astronomers were unsure of how the moon and Earth were both chemically identical. This finding led to two ideas, which put forth dramatically different masses for the impact object. In one idea, two half-Earths came together to form the Earth-moon system. In the second idea, Theia was a small, high-velocity projectile that struck the larger, faster-spinning young Earth.

Researchers led by James Badro at the Paris Institute of Earth Physics tested more than two billion combinations of parameters in order to solve the mystery of how the moon was formed. Ultimately, they determined that the Earth was struck by an object about one-tenth the mass of the planet. Any impactor larger than 15 percent of the mass of Earth was unable to reproduce the chemistry we see in Earth’s mantle.

A different study also recently found that following the creation of the moon, the Earth was bombarded by smaller planets that introduced several precious elements to our planet, such as gold, silver, and platinum. This was known as the giant-impact hypothesis, or the Big Splash.

A simulation run by researchers at the Southwest Research Institute in Colorado has recently found that after this massive impact, there was a long period during which leftover mini planets called planetesimals continually impacted the Earth. These objects varied in size from a grain of sand to rocks 3,000 kilometers across. This bombardment was called “late accretion,” and the planetesimals are thought to have come together to form Earth and other planets.

“We modelled the massive collisions and how metals and silicates were integrated into Earth during this ‘late accretion stage,’” says lead author, Dr. Simone Marchi, “which lasted for hundreds of millions of years after the Moon formed. “Based on our simulations, the late accretion mass delivered to Earth may be significantly greater than previously thought, with important consequences for the earliest evolution of our planet.”

While previous studies suggested that materials from planetesimals made up roughly half a percent of the Earth’s current mass, this new study shows that late accretion may have inolved large, differentiated projectiles that may have concentrated certain elements primarily within their metallic cores. So substantial portions of a large planetismal’s core could have assimilated into the Earth’s core, or richocheted back into space and escaped becoming integrated into our planet.

Both of these outcomes reduce the amount of material added by planetismals to the Earth’s mantle, which means that two to five times more material may have impacted the planet than previously thought. “These anomalies were problematic for lunar origin models that imply a well-mixed mantle following the giant impact,” the authors explain. “We propose that at least some of these rocks may have been produced long after the Moon-forming impact, during late accretion.”