The skulls of bats were shaped by different evolutionary forces • Earth.com 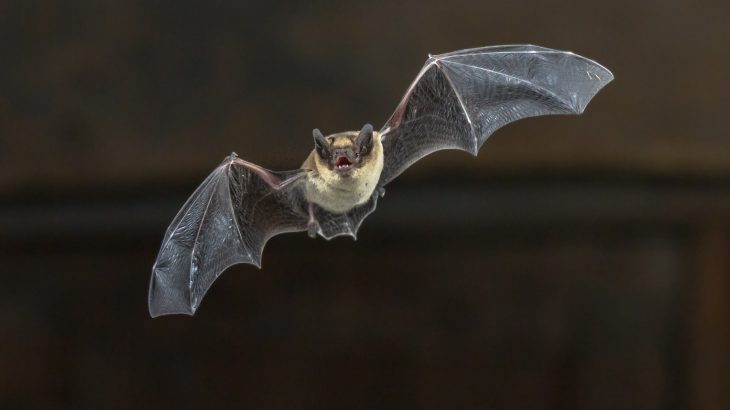 The skulls of bats were shaped by different evolutionary forces

In an effort to understand what types of evolutionary forces influence the shapes of animals, a team of biologists at the University of Washington has analyzed the skulls of bats. The study revealed that the two major forces which have shaped bat skulls over time are echolocation and diet.

The researchers performed high-resolution micro CT scans of skulls from more than 200 bat species. They used data from the scans and information on the evolutionary relationships among bat species to analyze the types of physical changes that evolved in the skulls over millions of years.

The team looked at how these changes correlated with specific events in bat evolution, such as when a lineage switched diets or adapted to a new environment.

Study co-author Sharlene Santana is an associate professor of Biology and curator of mammals at the UW’s Burke Museum of Natural History & Culture.

“Our study sought to address a major question about the evolution of diversity in the bat skull: What explains the large number of differences that we see in skull shape?” said Santana. “We found that echolocation is a major – and ancient – contributor to skull shape. Diet is also important, but generally more recent.”

The scans provided the team with detailed data on the 3D shape of the lower jaw for 191 species, and data on the cranium for 202 species. 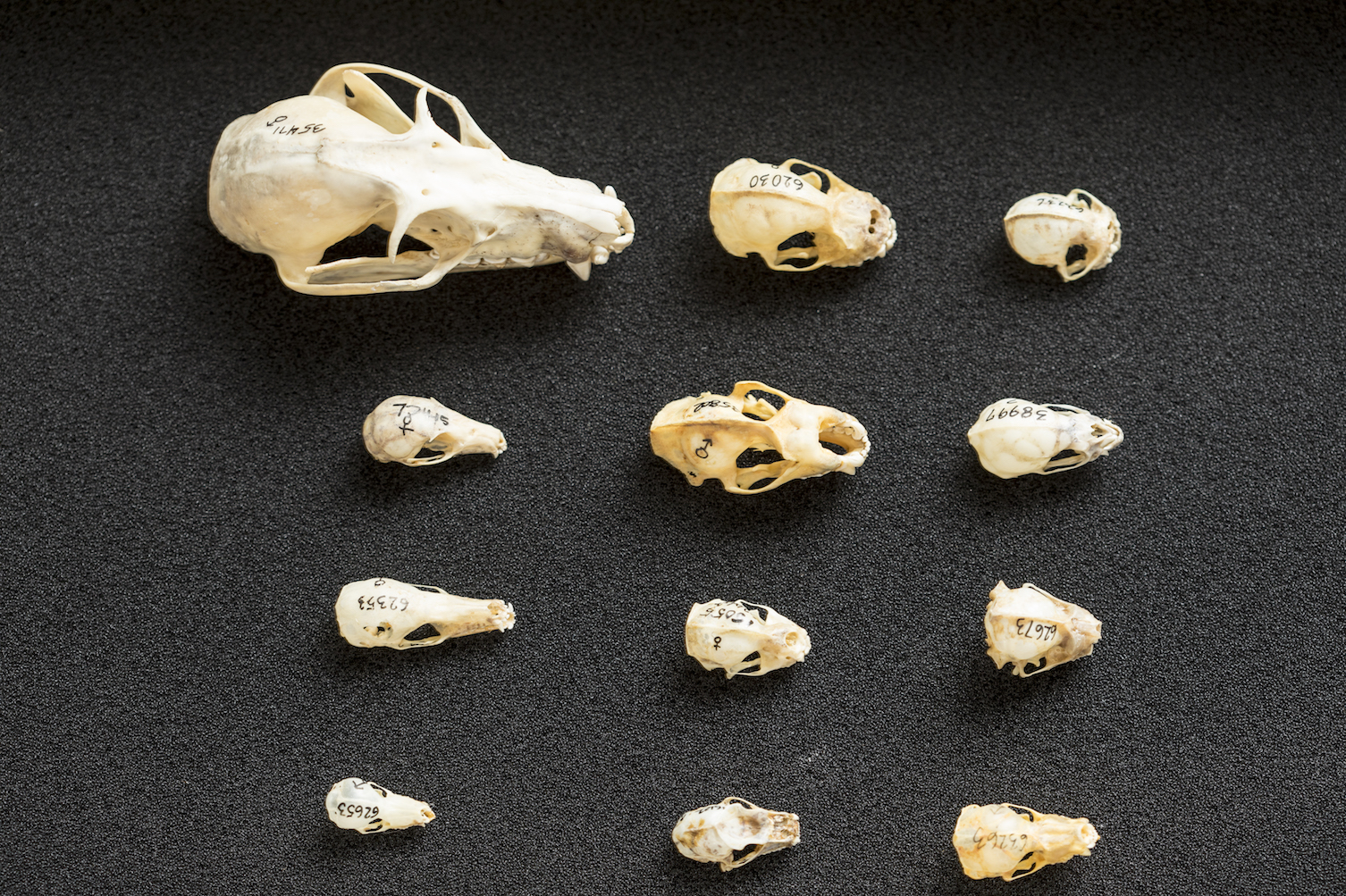 The study revealed that up until about 34 million years ago, echolocation was the primary driver of skull shape. Bats echolocate by emitting specific types of high-pitched sounds with the larynx and then listening for the sound waves bounce off of objects in their path. Most bats use echolocation to hunt and navigate in poorly lit conditions.

Echolocation evolved in bats at least 52 million years ago. Since then, different bat families have evolved unique mechanisms for echolocation, such as projecting sounds through the nostrils instead of the mouth. One group, known as megabats, has even lost the ability to echolocate through the larynx.

According to the study, diet became the more dominant driving force behind skull shape evolution about 26 million years ago in some bats. For example, the leaf-nosed bats include species that eat different types of food, ranging from fruit to small vertebrates. The team found that the evolution of different diets within the leaf-nosed bats was actually the major driver of changes in skull shape across this group.

“The leaf-nosed bats stand out for their extraordinary diversity in skull shape and diet,” said Santana. “Over a relatively short period of time, they evolved a suite of skull adaptations as they radiated into different dietary niches.”

As part of a larger effort funded by the National Science Foundation, the research team will continue to compare the evolutionary forces that shape skull diversity among different groups of mammals. These studies may reveal whether the evolutionary patterns seen in bats may apply to other groups, such as humans.