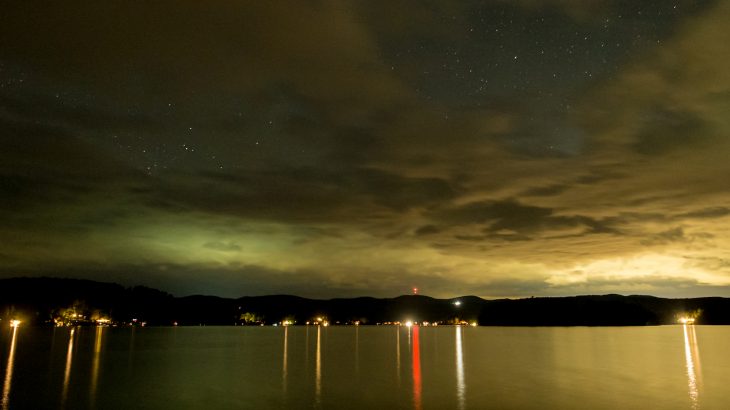 Light pollution artificially brightens the sky over the majority of the world’s most important wildlife areas, according to experts at the University of Exeter. The investigation was focused on light that is scattered into the atmosphere, known as skyglow, which can be reflected at great distances.

The study revealed that not even one-third of the world’s Key Biodiversity Areas (KBAs) are unaffected by light pollution, and more than half are directly located under artificial lights. Light pollution has been linked to a variety of negative impacts on people, animals, and on entire ecosystems.

“These results are troubling because we know many species can respond even to small changes in night-time light,” said study lead author Dr. Jo Garrett. “Night-time lighting is known to affect microbes, plants and many groups of animals such crustaceans, insects, fish, amphibians, reptiles, birds and mammals.”

“It has an enormous range of effects, including causing trees to produce leaves earlier in the season and birds to sing earlier in the day, changing the proportion of predators in animal communities, and changing the cycling of carbon in ecosystems. Some effects can occur at very low light levels.”

The researchers used a recent atlas of skyglow to identify locations where it was present above KBAs, which are sites that are classified as being important for preserving global biodiversity. For the study, pristine skies were defined as those with artificial light that is no more than one percent above the natural level. When light pollution measures at least eight percent above natural conditions, this pollution extends straight upwards and the entire sky is considered polluted.

“Skyglow could be reduced by limiting outdoor lighting to levels and places where it is needed, which would also result in considerable cost savings and lower energy use.”

The study is published in the journal Animal Conservation.