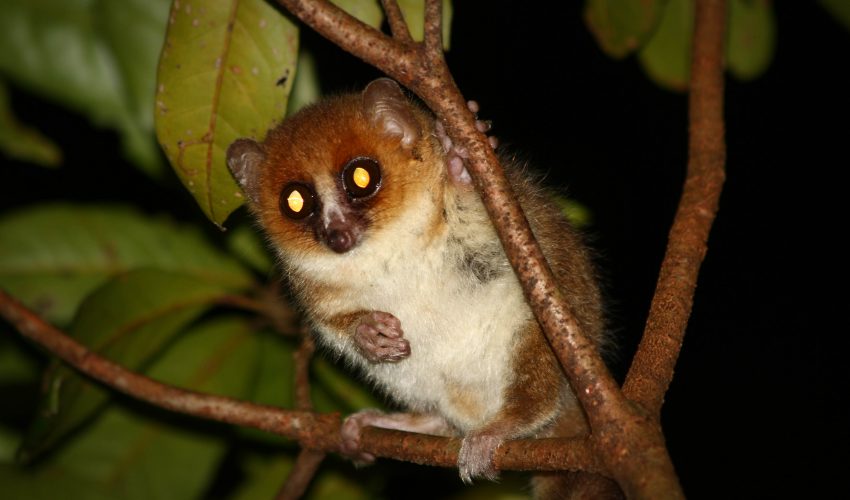 Found only on the island of Madagascar off the coast of Africa, our more distant primate cousin – the lemur – lives a bizarre and misunderstood life. Their diets in particular are something that scientists have had a hard time figuring out. Almost all primate species have a fruit-heavy diet, but lemurs mainly eat leaves. Now, researchers may know why this is the case.

“Lemurs are equal parts ridiculously cool and totally bizarre in that they represent the extremes and the extremely strange in the primate world,” says Abigail Derby Lewis, a senior conservation ecologist at The Field Museum in Chicago and one of the study’s authors. “This study is about investigating why we see certain patterns in the world.”

Scientists know that proteins are a major part of any organism’s makeup and survival, which is why these researchers decided to compare the amount of protein in fruits from over 60 forest sites in Africa, Asia, and the Americas. In their study, they discovered that there was a direct correlation between the protein content of fruits from a given region and the amount of fruit that appeared in the diets of primates native to that region.

Guess what region’s fruits had the least protein of all? If you’ve been paying attention you should know that the answer is Madagascar, which is why most lemurs are able to survive without much fruit in their diets. These findings help scientists better understand some of the lemurs’ more bizarre behavior, such as hibernating when food is scarce or eating constantly all day and night.

Besides better understanding lemur behavior, these results can also aid in conservation. “Lemurs are the most endangered group of mammals on earth, and knowing how and why they evolved in the direction they have – from their diet, to social structure and cognition – is crucial in helping to inform effective conservation approaches,” explains Derby Lewis. “A deeper knowledge base regarding what factors may have shaped the dietary behaviors of our fellow primates is an important lens for understanding how and why humans evolved along the dietary pathways that we did.”