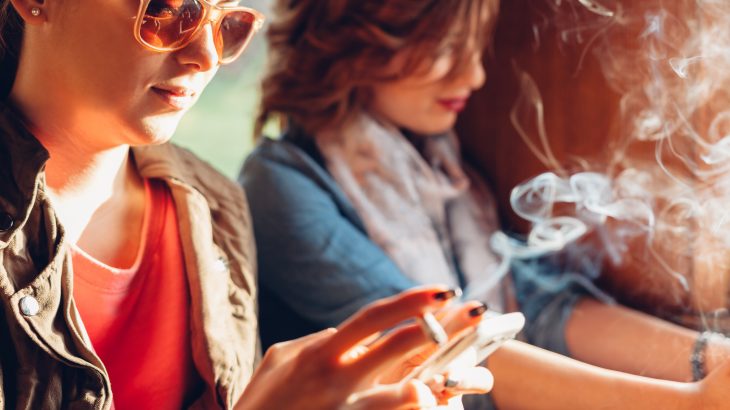 It should come as no surprise that smoking and drinking – especially excessively – is bad for your health. But what might be surprising is just how quickly these bad habits can begin affecting one’s health – even at a young age. A new study published in the European Heart Journal reports that the arteries of teenagers who drink alcohol and smoke, even just occasionally, are already showing signs of stiffening at age 17.

Researchers from University College London assessed data from 1,266 adolescents in the Avon Longitudinal Study of Parents and Children (ALSPAC) over a five-year period between 2004 and 2008.

“We found that in this large contemporary British cohort, drinking and smoking in adolescence, even at lower levels compared to those reported in adult studies, is associated with arterial stiffening and atherosclerosis progression,” says John Deanfield, a professor at the UCL Institute of Cardiovascular Science and senior author of the paper.

Study participants gave details of their smoking and drinking habits at ages 13, 15, and 17, and had aortic stiffening assessed using a Vicorder device to measure the speed at which arterial pulse propagates through the circulatory system. Exposure to parental smoking was also part of the questionnaires.

The findings of the study also showed that a combination of high alcohol intake and smoking was linked to even greater arterial damage compared to smoking and drinking separately. Participants in both the high-intensity smoking and drinking groups had a relative increase of 10.8 percent in the stiffening of their arteries compared to those who had never smoked and were light-intensity drinkers.

“The age at which participants started drinking alcohol was not associated with arterial health, suggesting that duration of exposure might not be that important at this young age,” says Dr. Marietta Charakida of King’s College London and formerly of the UCL Institute of Cardiovascular Science. “In addition, no beneficial effect of low alcohol consumption was found with regards to arterial health.”

Luckily, the study also found that if teenagers stopped drinking and smoking during adolescence, their arteries recovered and returned back to normal. But this doesn’t mean that this effect can be achieved later in life.

“Governments and policy-makers need to devise and implement effective educational strategies, starting in childhood, to discourage children and teenagers from adopting smoking and bad drinking habits,” says Charakida. “They should also be told about the benefits of stopping these unhealthy behaviors.”