Snow falls on the Sahara Desert for the third time in 40 years • Earth.com 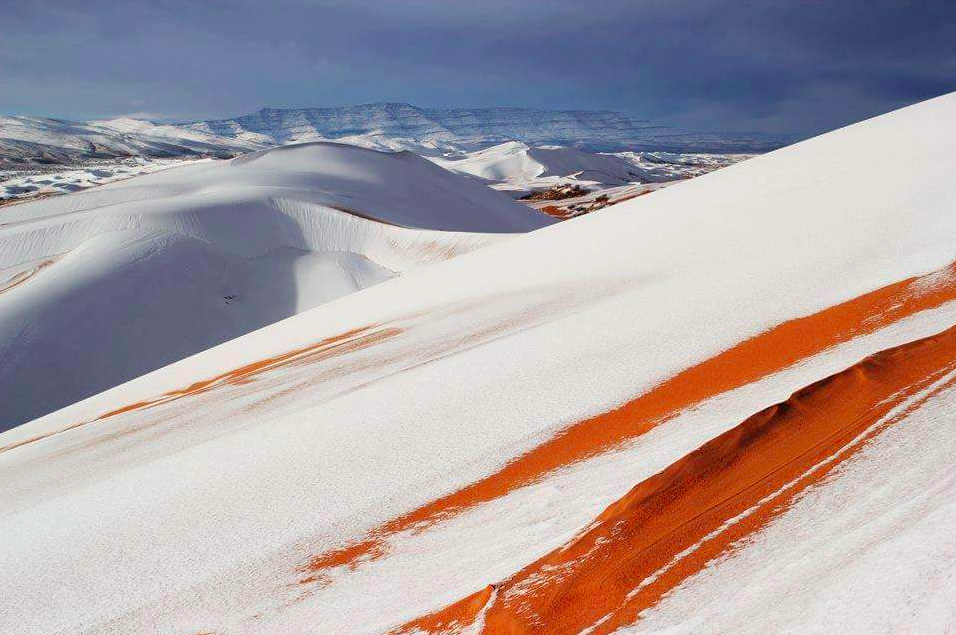 For the third time in nearly forty years, snow fell in parts of the Sahara Desert this past weekend. In the early morning hours, up to 16 inches of snow covered the desert town of Ain Sefra in Algeria.

The town itself only got a couple of inches, but just outside of Ain Sefra there were snow-white sand dunes which are usually bright orange.

Even though Ain Sefra is located around 3,547 feet above sea level and surrounded by the Atlas Mountains, it is very rare to see snow here.

“Cold air was pulled down south into North Africa over the weekend as a result of high pressure over Europe,” explained a representative of the Met Office. “The high pressure meant the cold weather extended further south than normal.”

With an average temperature of 99 degrees in the month of July, extreme heat is a much more familiar occurrence in Ain Sefra than freezing cold. And the Sahara Desert is not the only region of the world that is experiencing extreme weather.

In the United States, Winter Storm Grayson dumped snow and ice as it charged up the East Coast from Florida to Maine with near-hurricane force last week, leaving behind brutally cold temperatures.

Meanwhile, Australia is experiencing its hottest summer in decades. The temperature in Sydney hit 117 degrees on Sunday, which is the highest recorded temperature in this region since 1939. 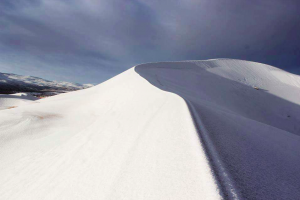 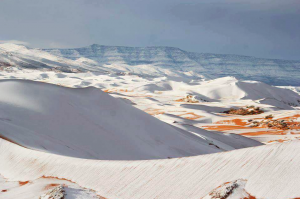