Snow leopards face threat of disease epidemic that could spread to humans • Earth.com 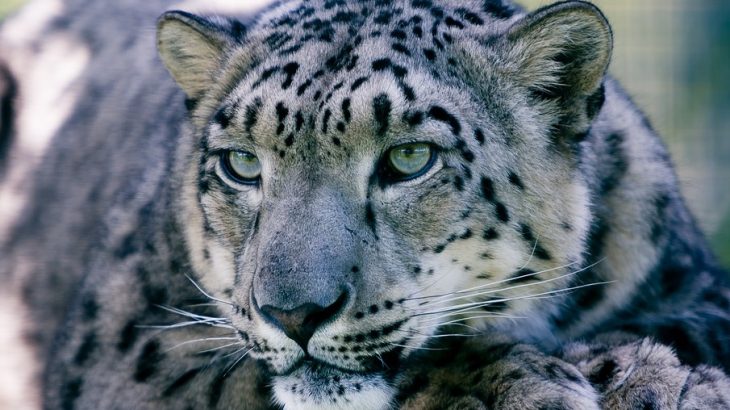 In the South Gobi Province of Mongolia in 2011, four snow leopards were discovered dead and without a clear cause of death. This discovery led to the assembly of an international team of researchers who would set out to investigate possible zoonotic pathogens that could derail conservation efforts.

The snow leopard is a threatened and highly vulnerable species that lives in the mountain ranges of Central Asia. There may be as few as 4,000 of these big cats in the wild, and their numbers are still declining.

This species faces many threats, including poaching, habitat loss, climate change, and conflict with herders. The possibility that snow leopards could also be facing an epidemic of a deadly disease was of major concern to the conservation community.

Between 2008 and 2015, a team of researchers from the Snow Leopard Trust and Snow Leopard Conservation Foundation captured 20 snow leopards, and determined that all but one appeared to be clinically healthy. These cats were tested for multiple zoonotic pathogens, of which several were detected. These included Coxiella burnetti, which can cause Q fever in humans and infect livestock; Leptospira species, which are transmittable to people and can lead to life-threatening infections, and Toxoplasma gondii, a parasite that is able to infect any warm-blooded animal and cause toxoplasmosis. Ticks found on these leopards also contained many types of potentially zoonotic bacteria.

“A disease epidemic could be devastating to wild snow leopards due to their low numbers and many other threats to their existence,” says Carol Esson of James Cook University in Australia, lead author of the paper. “Although the zoonotic pathogens identified in this study did not appear to cause illness to the snow leopards in the short term, they have caused illness in other wild cats. And so, there is now a need to establish surveillance to monitor for potential longer-term disease impacts on this vulnerable population.”

This initial study, published in Infection Ecology & Epidemiology, will be an important reference for the health of snow leopards as surveillance efforts continue.

Along with benefiting this big cat species, further knowledge of these disease that are able to infect humans and livestock will serve to help the nomadic communities that live in these areas.