Ancient society of Easter Island may have been more sophisticated • Earth.com 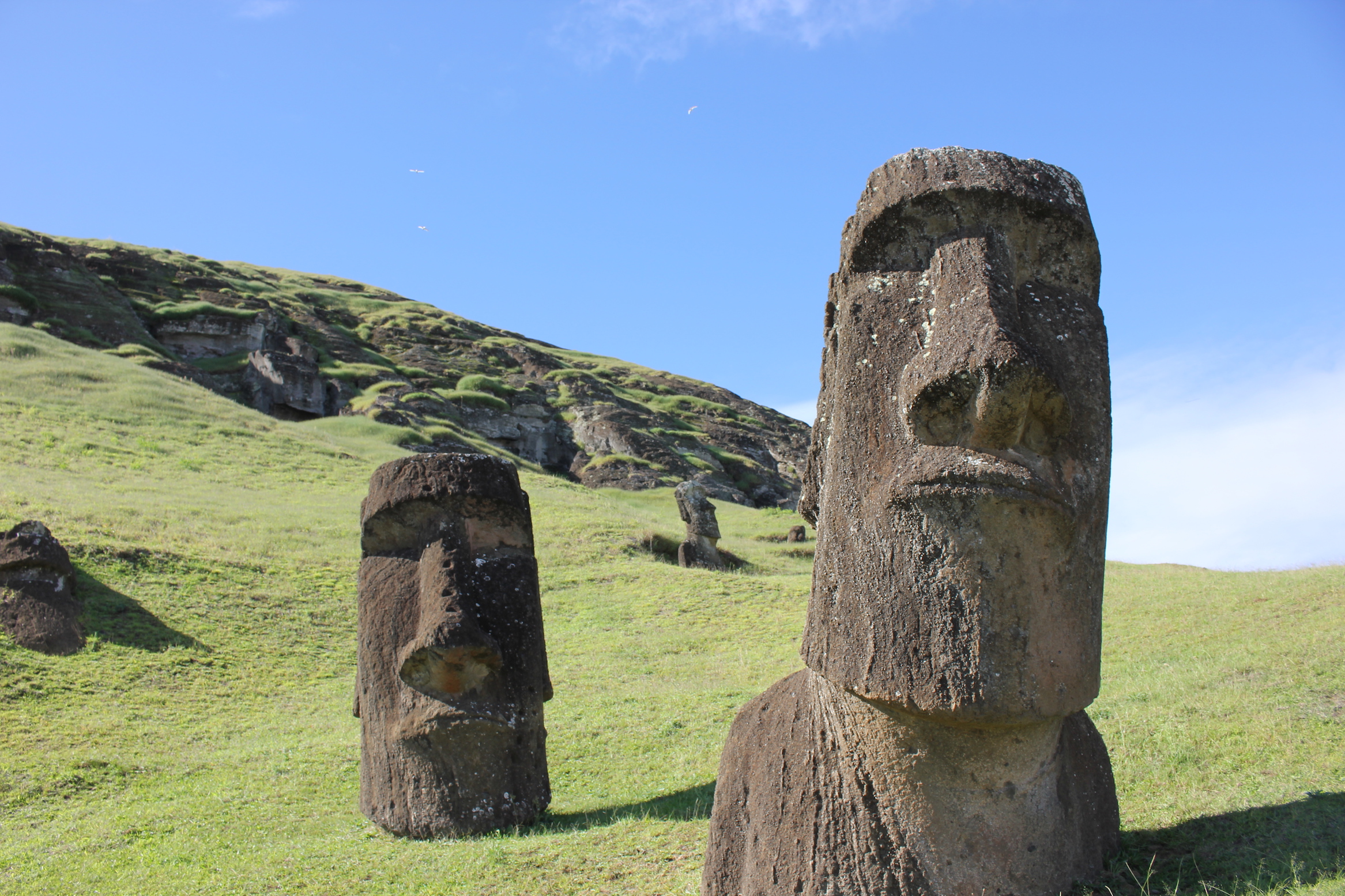 Ancient society of Easter Island may have been more sophisticated

Scientists have analyzed the chemical composition of some of the tools used to construct the iconic stone sculptures of Easter Island, a remote region located 2,300 miles off the coast of Chile. The team found new evidence to suggest that the ancient society was much more sophisticated and cooperative than previously thought.

Study co-author Laure Dussubieux is a research scientist at the Field Museum.

“For a long time, people wondered about the culture behind these very important statues,” said Dussubieux. “This study shows how people were interacting, it’s helping to revise the theory.”

Study lead author Dale Simpson, Jr. is an archaeologist from the University of Queensland.

“The idea of competition and collapse on Easter Island might be overstated,” said Simpson. “To me, the stone carving industry is solid evidence that there was cooperation among families and craft groups.”

The first settlers, known as the Rapa Nui people, arrived on Easter Island about 900 years ago. “The founding population, according to oral tradition, was two canoes led by the island’s first chief, Hotu Matu’a,” said Simpson.

The population eventually grew into the thousands, and a complex society emerged that carved the island’s well-known statues, or the moai. These statues, which are also referred to as “Easter Island Heads,” were once figures with full bodies that became partially buried over the years.

There are nearly 900 known figures, and the largest one is over 70 feet tall. Simpson explained that the size and number of the statues represent the complexity of the early society.

“Ancient Rapa Nui had chiefs, priests, and guilds of workers who fished, farmed, and made the moai,” said Simpson. “There was a certain level of sociopolitical organization that was needed to carve almost a thousand statues.”

To gain a better understanding the Rapa Nui society, the team analyzed about 20 of the 1,600 stone tools made of volcanic stone called basalt that had been recovered in excavations. Some of the tools, called toki, were fragments that gave some indication of how they were used.

“We wanted to figure out where the raw materials used to manufacture the artifacts came from,” explained Dussubieux. “We wanted to know if people were taking material from close to where they lived.”

There are at least three different basalt quarries that the Rapa Nui used for material to make their stone tools. The tools from these various sites, which cover twelve square meters, provide insight into the movement and collaboration among the people.

“The majority of the toki came from one quarry complex – once the people found the quarry they liked, they stayed with it,” said Simpson. “For everyone to be using one type of stone, I believe they had to collaborate. That’s why they were so successful – they were working together.”

This level of cooperation contradicts the popular theory that Easter Island’s inhabitants ran out of resources and were driven to extinction by heavy conflict.

“There’s so much mystery around Easter Island, because it’s so isolated, but on the island, people were, and still are, interacting in huge amounts,” said Simpson.

Even though the society was dominated by colonists and slavery, Rapa Nui culture has persisted. Simpson added, “There are thousands of Rapa Nui people alive today -the society isn’t gone.”

The study is published in the Journal of Pacific Archaeology.