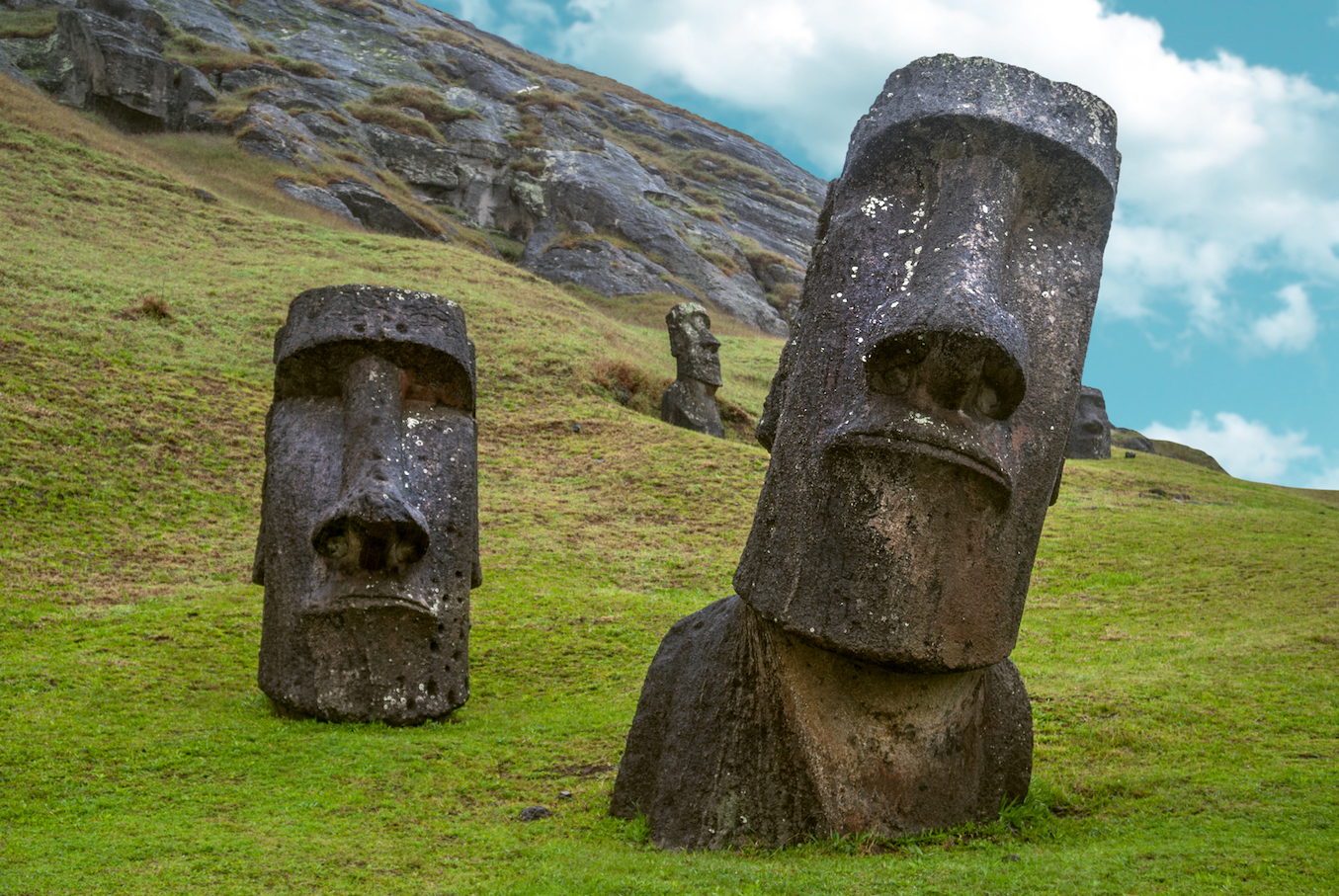 Easter Island is one of the most remote islands in the world, and also one of the most mysterious. The island is home to massive “moai” stone statues, but scientists have struggled to understand both the origins and fate of the population who created the structures.

New research has disproven the theory that early inhabitants of Easter Island, also known as Rapa Nui, intermixed with South Americans before Europeans arrived on the island in 1722.

A study, conducted by a team of international researchers from the University of Santa Cruz, used DNA analysis of ancient bone fragments.

Anthropologists have debated about when intermixing occurred between the Polynesian inhabitants of Rapa Nui and South Americans. This study represents the first time paleogenomics were used to test the theory that intermixing happened before Europeans arrived at the Island.

Now, the researchers can confirm that intermixing did not occur before European contact.

“We were really surprised we didn’t find anything. There’s a lot of evidence that seems plausible, so we were convinced we would find direct evidence of pre-European contact with South America, but it wasn’t there,” said Lars Fehren-Schmitz, an associate professor of anthropology at UC Santa Cruz, and one of the researchers on the Rapa Nui project.

Understanding how today’s inhabitants of Rapa Nui developed their genetic imprint is a puzzle to researchers, and one of many mysteries that surround Easter Island.

Another one of the island’s great mysteries is that researchers can’t figure out how it came to be populated in the first place.

“We know the island’s modern populations have some Native American ancestry, and now we know that early inhabitants did not. So the big questions remain: Where and when did these groups interact to change the genetic signature of Easter Islanders?” said Fehren-Schmitz.

After analyzing the samples, the researchers note that further studies will help peel back the many mysteries of Easter Island.

“We want to do more work to determine more precisely when this gene flow between Native Americans and the people of Rapa Nui occurred, and wherein the Americas it originated,” said Fehren-Schmitz.