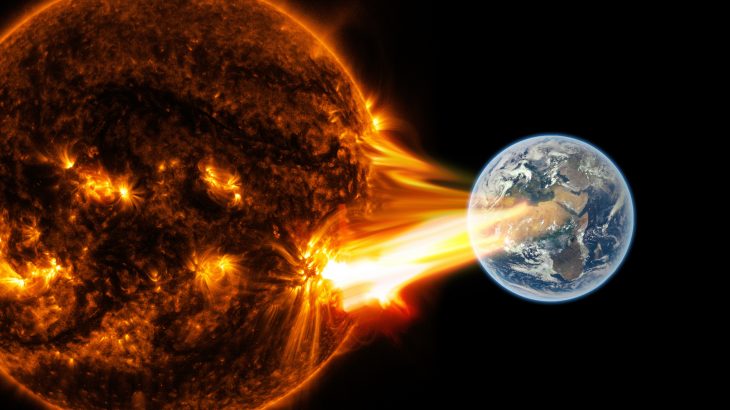 Scientists are beginning to realize that solar storms have the potential to become much more powerful than what was previously thought. A new study led by Lund University used ice cores to investigate the intensity of previous solar storms, and found evidence of an event that would have caused chaos in a modern society that relies heavily on technology.

Solar storms are made up of high-energy particles that are released by explosions on the surface of the Sun. When these active particle streams reach the Earth, they threaten to disrupt the electrical grid, communication systems, satellites, and air traffic.

For decades, scientists have studied solar storms through direct instrumental observations. But now, a growing collection of research indicates that these observations are not accurately predicting the intensity of the storms.

The current study was focused on Greenland ice cores that formed over the past 100,000 years. The experts found evidence of a very powerful solar storm that occurred in 660 BCE. Study co-author Professor Raimund Muscheler noted, “If that solar storm had occurred today, it could have had severe effects on our high-tech society.”

Professor Muscheler was also involved in a study that used ice cores and tree growth rings to confirm the occurrence of two other massive solar storms, which took place in 775 and 994 CE. He explained that, even though these massive solar storms are rare, the new research shows that they are a naturally recurring effect of solar activity.

While the risk associated with solar storms is based largely on direct observations, Professor Muscheler said the discovery of the three massive solar storms indicates a need for reassessment. He said there must be greater awareness of the possibility of very strong solar storms and the vulnerability of our society. “Our research suggests that the risks are currently underestimated. We need to be better prepared.”