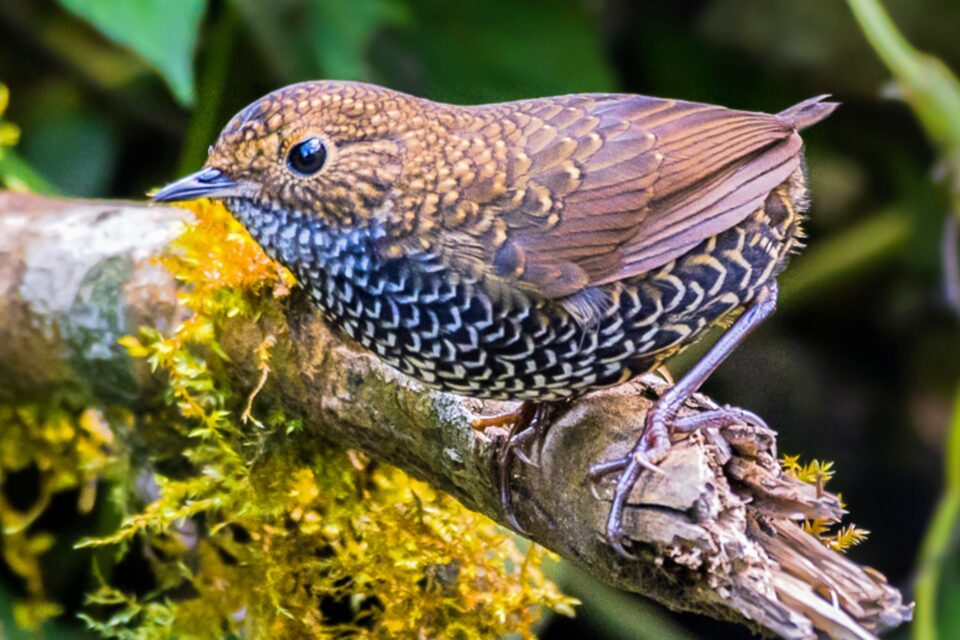 A new study led by the University of Texas at Austin has found that the scaly-breasted wren, a small, unassuming brown songbird from Central and South America known for its whistle-like chirps, has an amazing time-keeping ability. The experts found that the songbird always plays its tunes in an identifiable pattern – starting with a blast of chirps followed by alternating intervals of chirps and pauses, with the pauses between the chirps getting progressively longer. After the pause reaches about ten seconds in length, the birds start repeating the song.

This study is the first to investigate the natural time-keeping ability of an animal in the wild rather than under observation in the laboratory. In laboratory experiments, for most animals (including humans) it is difficult to determine how much time has passed after just a second or two: the longer an interval of time, the worse animals are at estimating its passage. However, for the wild wrens, 43 percent of the songs consistently kept time for their entire duration, with the intervals holding the established pattern even as the pauses increased in length.

The scientists were amazed to discover that, in the case of two of the songs, the wren’s time-keeping accuracy was higher than that of an average professional musician. “It is a really remarkable change from short intervals to long intervals in the same song,” said study lead author Carlos Antonio Rodriguez-Saltos, who conducted this research during a postdoctoral fellowship at UT Austin.

These findings raise questions about how timing might play into the mating displays of the wrens. “If females are especially interested in a male’s ability not just to produce the right notes but also the timing of their production, then the pressure is on,” explained Susan Healy, an expert in bird behavior at the University of St Andrews who was not involved in the study.

According to senior author Julia Clarke, a professor of Vertebrate Paleontology at UT Austin, this research proves the importance of studying birds in their natural environments. “We take wild birds for granted, and natural populations are dwindling, so this is urgent. This case shows how studying birds can provide huge new insights into cognition and timekeeping,” she concluded.