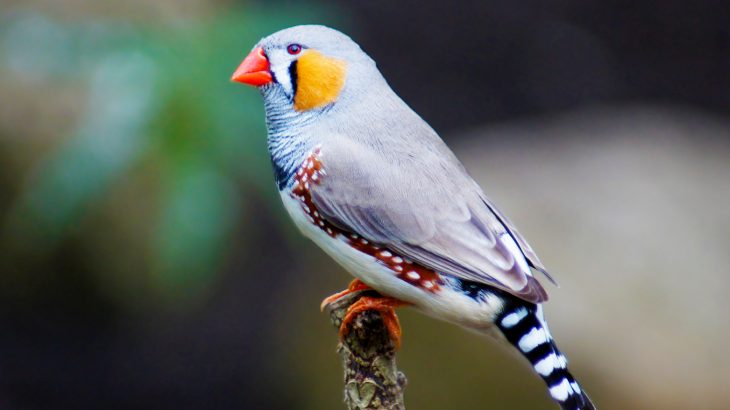 In a groundbreaking new study, experts at Columbia University have pinpointed what happens in the brain of a young songbird as it learns a new tune. The findings demonstrate the extraordinary flexibility of the developing brain.

The auditory cortex, which is the neural region that processes sounds, is similar in both birds and mammals. Therefore, the findings may help to explain why it is so easy for children to pick up on their native language, yet adults tend to struggle to learn a language that they were not exposed to early in life.

“The language sounds we learn as infants shape the way we hear for the rest of our lives, and the vocal sounds that songbirds hear while young may have the same effect,” said study senior author Dr. Sarah M.N. Woolley. “By mapping these birds’ auditory systems as they learn their songs, we hope to decipher the mechanisms that guide our own capacity to learn speech.”

The zebra finch is the most commonly studied songbird species. A young male zebra finch listens and imitates a song performed by his father during the first three months of life.

“When first learning to sing, the juvenile’s song is unstructured, similar to the way a human baby babbles before producing words,” said study first author Dr. Jordan Moore. “But by the time the bird nears adulthood, it reproduces the more complex aspects of its father’s song. We were interested in what is happening in the brain during this song learning period.”

The analysis was focused on neurons in the auditory cortex. While monitoring this neural activity, the researchers played recordings of songs to zebra finches and long-tailed finches. Next, they played synthetic sounds that were designed to match certain acoustic features of the birdsongs.

The experiment enabled the team to identify a neural circuit in the auditory cortex where the responses of the brain cells become specialized for the songs that the birds learn.

“After identifying this circuit, we wanted to understand its flexibility,” explained Dr. Woolley. “How does this circuit change over time as the bird learns and matures? And how do these changes integrate the bird’s biology and its experience with the song its tutor sings?”

To investigate, the researchers placed eggs from the two finch species in the nests of a third songbird species, the Bengalese finch. The team could then assess whether the young birds learned the songs of their adoptive fathers.

“That is exactly what happened,” said Dr. Woolley. “The juvenile zebra and long-tailed finches began to sing like their Bengalese finch adoptive fathers and ignored the songs of their biological fathers, whom we had placed across the room and so were still within earshot.”

Among the young songbirds that were introduced to foster fathers, the auditory neurons showed specialized tuning for the acoustic features of Bengalese finch song. This confirms that the selectivity of the early birdsong is not simply shaped by the bird species, but by what the young bird learned to sing.