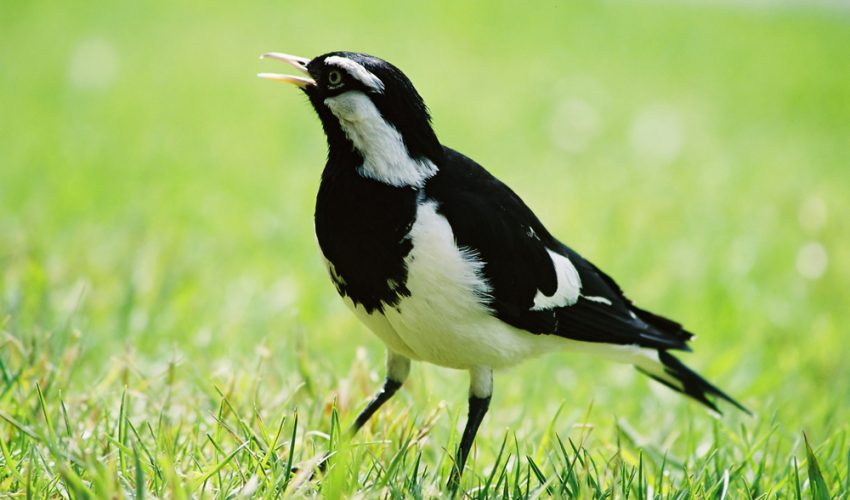 Songbirds dance to coordinate their music

Songbirds can create some complex melodies – but somehow, when they manage to make their duets sound great. A new study has found that songbirds dance to signal their songs to one another.

A group of scientists, led by Dr. Paweł Ręk of Adam Mickiewicz University in Poland, used robotic birds to study how pairs of Australian magpie-larks coordinate their songs.

The researchers used taxidermic skins on the robots to make them look as realistic as possible. Then they used the robotic birds to produce song with and without wing movements.

When the fake magpie-larks moved while they sang, both male and female magpie-larks responded. The scientists used the number of songs and flying toward the robots to measure the response.

“Multimodality of signals can be beneficial for the signaller as well as for the receiver because there are many ways through which one signal component can improve the efficacy of the other,” Ręk said.

Each test was conducted with 12 pairs of birds, with two tests per day, and then four days before the next set of tests.

The researchers found that both male and female magpie-larks start singing more often and sing more duets when the fake songbirds dance.

“The problem appears when signal components are not aligned in time because the mismatch creates illusions and conflicts from the perspective of the receiver,”  Ręk said.

However, the researchers found that, when the song and movements were coordinated in the fake birds, the real magpie-larks did not see the interlopers as threats.

“Multimodal coordination within individuals has been studied for many years but it concerned signals with mechanistically constrained components,”  Ręk said. “This study shows that it is also important in cooperatively signalling species, in which coordination is not an effect of a physical constraint but motivation and experience of partners.”

The study has been published in the journal Behavioral Ecology. Funding was provided by the National Science Centre Poland and the Research School of Biology at the Australian National University.