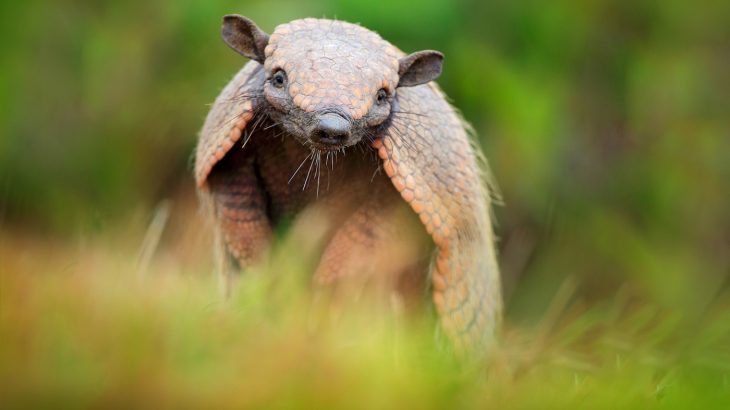 Researchers from the University of Arizona have concluded that atmospheric circulation changes altered climate and vegetation in South America about 6 million years ago and caused the diversification of grass-eating mammals.

Lead author Barbara Carrapa, professor and head of the UA department of geosciences, and her team used a computer model to determine that the tropical Hadley atmospheric circulation intensified and dried out the South American climate about 7 to 6 million years ago (during the late Miocene period). This caused grasslands to expand and grass-eating mammals to evolve and diversify.

The team used natural archives in ancient soils to compare and check their findings, published April 29th in Proceedings of the National Academy of Sciences.

“We found a strong correlation between this big change in late Miocene climate and circulation that affected the ecology — the plants and animals,” Carrapa said. “It has implications for ecosystem evolution.”

It has been previously believed that by finding the past precipitation of a soil using discovered carbon and oxygen levels, one could surmise what the soil’s topography and elevation looked like. To test this theory, Carrapa and her paleontologist colleague Mark Clementz, from the University of Wyoming, teamed up and looked at the geochemistry of ancient soils on a continental scale.

Their team compiled previously-published data pertaining to the oxygen-18/oxygen-16 ratio and carbon-13/carbon-12 ratio from ancient soils spanning from La Paz, Bolivia to Buenos Aires, Argentina in South America. Changes in the oxygen ratios displayed past precipitation and changes in the carbon ratio showed which plants were growing in the soil at the time.

They found that during the late Miocene, the soil geochemistry changed latitudinal between north and south, showing there was an overarching change across the entirety of South America, not just locally in specific regions.

Colleague Ran Feng, from the University of Connecticut, then inserted all the known data about the Miocene/late Miocene climate into a computer model in an attempt to simulate what it may have looked like. The simulation with estimated geochemistry of soil that matched the actual geochemistry showed that the Hadley circulation intensified during this time, thus causing a major shift in climate.

“During the late Miocene, things are starting to dry out, particularly in the 25-30 degree South zone,” Clementz said. “There’s also an increase in the numbers of animals with high-crowned or ever-growing teeth.”