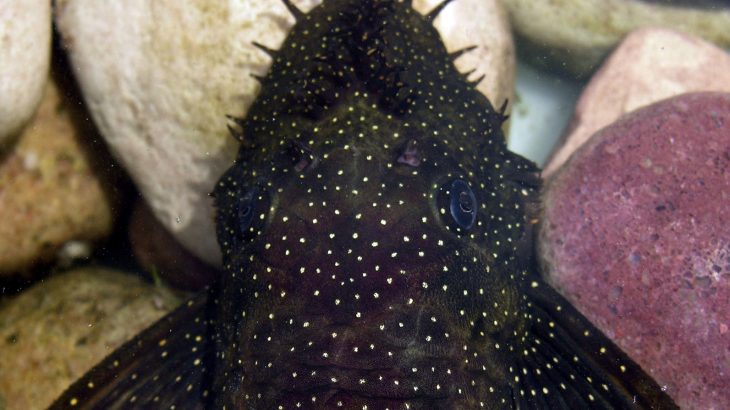 Scientists estimate that the Amazon rainforest is home to one-third of the world’s plants and animals, but with so many species yet to discover, this could be an understatement. Experts at Chicago’s Field Museum are describing six previously unknown species of catfish that can be distinguished by a face covered in tentacles.

Study lead author Lesley de Souza is a conservation scientist and ichthyologist at the museum.

“We discovered six new species of really cool catfish from the Amazon and Orinoco River basins,” said de Souza. “They have tentacles on their snouts, they have spines that stick out from their heads, almost like claws, to protect themselves and their nests, and their body is covered with bony plates like armor. They’re warriors, they’re fish superheroes.”

The catfish are all members of the genus Ancistrus, or bristlenose catfish. At the aquarium, these are the sucker-mouthed “algae-eaters” that help clean the tanks.

The fish are between three and six inches long, and the males have tentacles covering their snouts, which help them stand out to potential mates. Ancistrus catfish fathers are responsible for guarding nests of eggs and protecting them from predators, and the tentacles make them appear qualified for the job.

“The idea is that when a female fish sees a male with these tentacles, to her, they look like eggs. That signifies to her that he’s a good father who’s able to produce offspring and protect them,” explained de Souza.

The catfish can be found in northeastern South America in clear, fast-moving rivers and streams.

“If you’re in the right habitat, you’re going to find a lot of them,” said de Souza. “But they are sensitive to subtle changes in the environment, we have seen this at sites where they were plentiful and now scarce, this is due to habitat destruction.”

Some of the biggest threats are large-scale agriculture, deforestation, and gold mining.

“Miners dredge up the river bottom causing increased sediment load, this changes the habitat structure of the river system, thus impacting the fishes ability to survive,” said de Souza. “Another effect from gold mining is the use of mercury to extract the gold in the river. This impacts all wildlife and principally local people that consume these fishes and other species in the watershed.”

“The whole ecosystem is interconnected – you can’t separate the species in it. Giant river otters love to eat these catfish, and jaguars have been observed to have higher mercury levels from eating contaminated fish or other species that feed on fish. This can have dire impacts on the whole ecosystem. All the layers of the Amazon basin are interconnected from the rivers to the forest canopy.”

According to de Souza, the process of saving the Amazon starts with discovering new species and giving them names. With so many potentially unknown species remaining in the Amazon, the work will continue.

“I have this undying curiosity – what’s around that bend, that corner, what’s in that creek, what can I find? And this project was all about discovery, whether we were finding new species in rivers in Guyana or in jars in museum collections. This study included more than 500 specimens, but this is just a drop in the bucket – there’s still so much more to learn about Ancistrus and other Neotropical fish.”