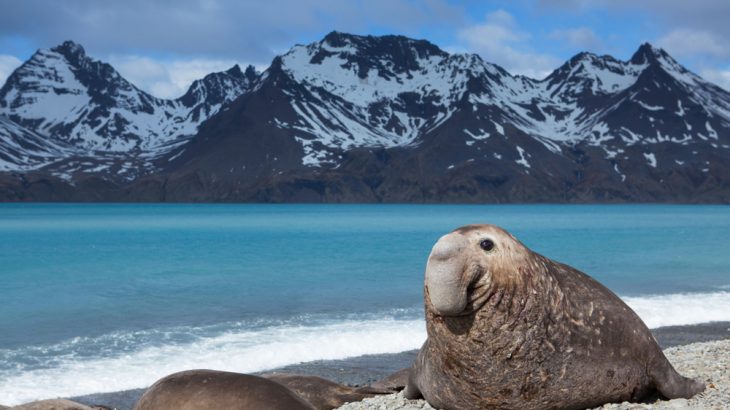 She’s an unlikely lab assistant, but a southern elephant seal has helped to make some major discoveries in the seas near Antarctica.

Lia Siegelman, a student at the University of Western Brittany who is visiting NASA’s Jet Propulsion Laboratory, recruited the pinniped to study some features of the ocean of the Antarctic coast.

The average southern elephant seal spends 9 to 10 months out at sea, diving up to 80 times a day. They can dive to depths of 3,300 feet, often in the same small area, and stay underwater for two hours at a time.

“Even when they sleep, they dive – they float down like a leaf,” Siegelman said in a press release.

Siegelman worked with colleagues from the French National Center for Scientific Research, who have been tagging elephant seals on the French-controlled Kerguelen Islands for decades. Since 2014, researchers have been using a new type of sensor that records every dive.

The sensors are glued to the seals’ heads, and are either retrieved by the scientists, or come off during the molting season.

Siegelman and her colleagues retrieved a sensor that recorded three months in the life of a female southern elephant seal. Instead of heading east of the islands like most of the seals, she had gone foraging to the west, where there’s a permanent bend in the Antarctic Circumpolar Current known as a meander. There, she dove 6,942 times.

Her sensor recorded data that scientists haven’t been able to log yet. Siegelman and her co-authors were able to pinpoint the locations where ocean water density changes suddenly – like warm and cold fronts in the atmosphere – as well as how these “fronts” pull nutrients up from the depths and nourish phytoplankton.

The plankton form the base of the food chain, with elephant seals eventually benefitting in the form of well-fed prey.

“I hope this [result] will encourage physicists and biologists to use those very rich data from seals,” Siegelman said.