Space rocks could be carrying life across the milky way • Earth.com 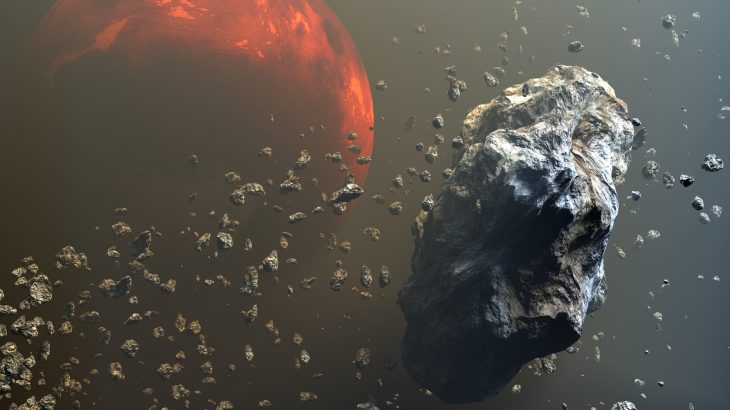 Space rocks could be carrying life across the milky way

For many decades, scientists have explored the theory of panspermia, the idea that life itself can be transferred through asteroids and other space objects. Panspermia depends upon whether the microorganisms and chemicals that are necessary for life could survive being transported from one stellar system to another.

Researchers at the Harvard Smithsonian Center for Astrophysics (CfA) have recently investigated the possibility of panspermia on a galactic scale. The study revealed that “the entire Milky Way could potentially be exchanging biotic components across vast distances.”

Study lead author Idan Ginsburg told Universe Today: “We expect most objects to likely be rocky, but in principle they could also be icy (cometary) in nature.”

“Regardless of whether they are rocky or icy, they can be ejected from their host system and travel potentially thousands of light-years away. In particular the center of the galaxy can act as a powerful engine to seed the Milky Way.”

The team constructed a model to estimate how many icy or rocky bodies may reach a new star system, as well as the likelihood that any life contained on them would survive.

“We estimate the capture rate of objects ejected from planetary systems over the entire phase space as well as time,” wrote the study authors. “We further take into account the number of stars that an interstellar object traverses, as well as the scale height and length of the Milky Way’s disk.”

The results of the study suggest that life could, in fact, be spread throughout the galaxy that contains our solar system.

“It’s like billiards,” said Ginsburg. “You hit the cue ball and it hits the other balls, and beside just transferring momentum it also spreads life, and then life spreads across the whole table, which is the galaxy.”

The researchers concluded that up to 100 million life-bearing objects with a radius of 200 kilometers could have been captured by planetary systems around the Milky Way. While smaller objects are more likely to survive the journey, microbial content would have less shelter and would be more exposed to the harsh conditions of outer space.

“It’s a very dangerous ride, but you can think of the microbes as tiny astronauts sitting in a natural spacecraft,” said study co-author Abraham Loeb. “I would actually be thrilled to be a microbe sitting in a rock that makes it across the Milky Way.”

After a space body is captured into a new orbit, it would have to smash into a planet to transfer any life that it may be carrying. In the past, many rocks from Mars crashed into the Earth, which has caused some scientists to speculate that life on our planet originated on Mars. According to Loeb, it is even possible, if unlikely, that life on Earth began with interstellar microbes.

The study is being reviewed for publication by the Monthly Notices of the Royal Astronomical Society.