Same sparrow songs have been passed down for hundreds of years • Earth.com 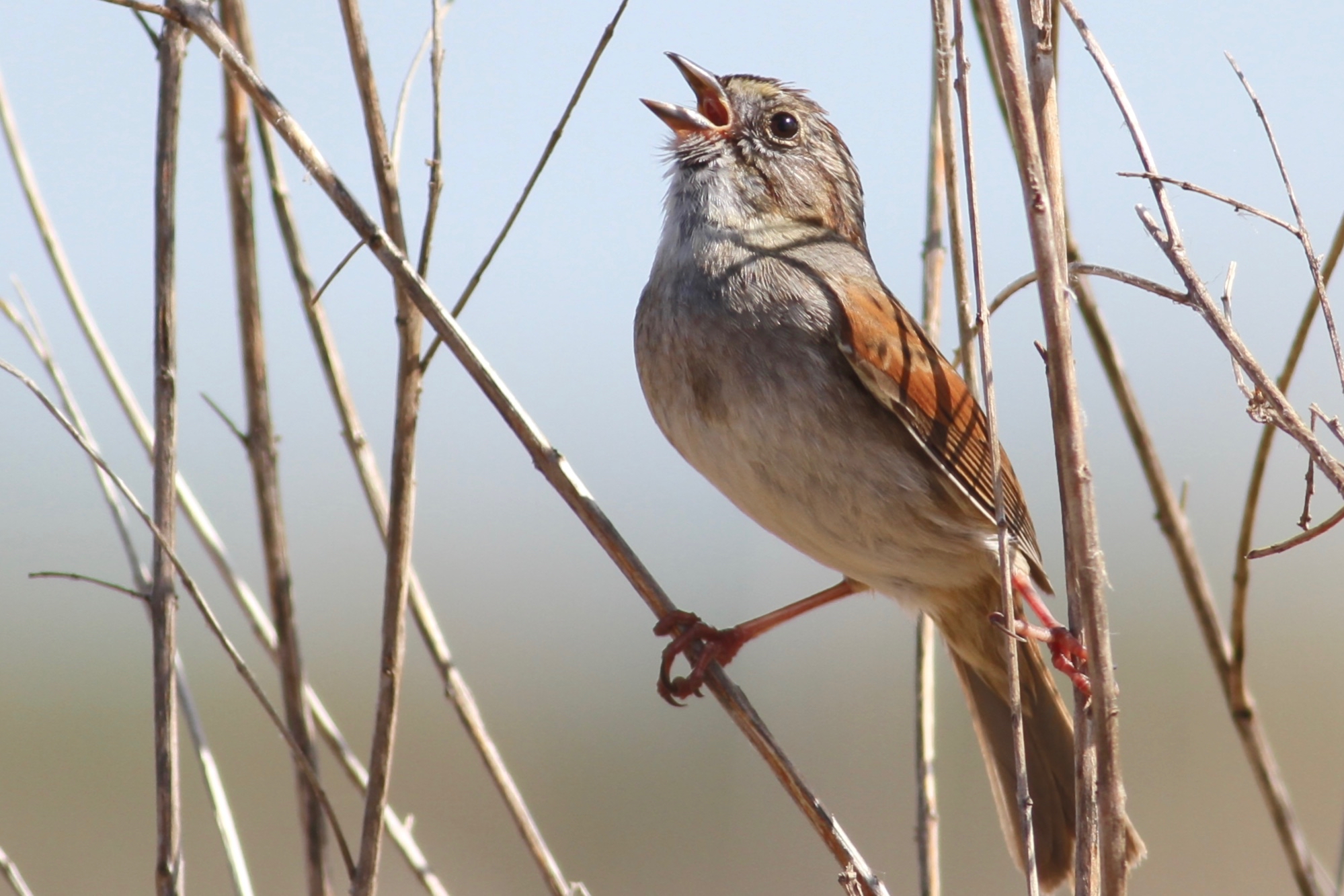 Same sparrow songs have been passed down for hundreds of years

Researchers at Duke University have found a species of birds that has a tradition of passing songs down from one generation to the next. According to the experts, the time-honored songs of swamp sparrows are as long-lasting as some human traditions.

The team found that the species’ songs have been passed along for hundreds of years, and some songs date back even further.

Study first author Robert Lachlan is a professor of Psychology at Queen Mary University of London. “According to the models, some of the songs could go back as far as the Vikings,” said Lachlan.

Swamp sparrows can be found in the marshes and wetlands across eastern and central North America. The songs, which are comprised of two to five repetitive notes, are used by the sparrows to attract mates.

Decades back, scientists reported that swamp sparrows living in different places sing slightly different songs with varied numbers of patterns or notes. Young birds learn the local songs in the first weeks of life by imitating their elders.

Similar cultural traditions have been observed in a variety of other animals as well, but it has been commonly believed that human traditions are more likely to endure over time. The researchers set out to test this theory, and recorded the songs of 615 male swamp sparrows across New York, Pennsylvania, Michigan, and Wisconsin.

By measuring and analyzing each song with computer software, the scientists identified 160 types of songs across the bird populations. Each male was found to perform only a few specific songs.

The researchers developed a mathematical model that simulates how each new song type spreads within groups over time in order to establish how young sparrows decide which songs to learn as well as which birds to imitate.

The study revealed that young birds replicate the most popular songs that can be heard the most often, a phenomenon Lachlan referred to as a “conformist bias.”

In addition, the sparrows are very dedicated to imitating the songs accurately, and were found to match the notes and patterns of the songs 98 percent of the time.

The findings of the research demonstrate that the songs of swamp sparrows are not short-lived trends, but are faithfully handed down for generations. The researchers estimate that some song types have persisted among this species for at least 500 years.

Study co-author Stephen Nowicki is a professor of Biology at Duke.

“The longstanding stable traditions so characteristic of human behavior have often been ascribed to the high cognitive abilities of humans and our ancestors,” said Professor Nowicki. “But what we’re showing is that a relatively simple set of rules that these songbirds are capable of following can achieve equally lasting traditions.”

“We’re not saying that birds have anything akin to human culture,” said Lachlan. “It shows that just those two ingredients – a preference for popular songs, and the ability to copy them – can get you quite a long way to having stable complex culture.”