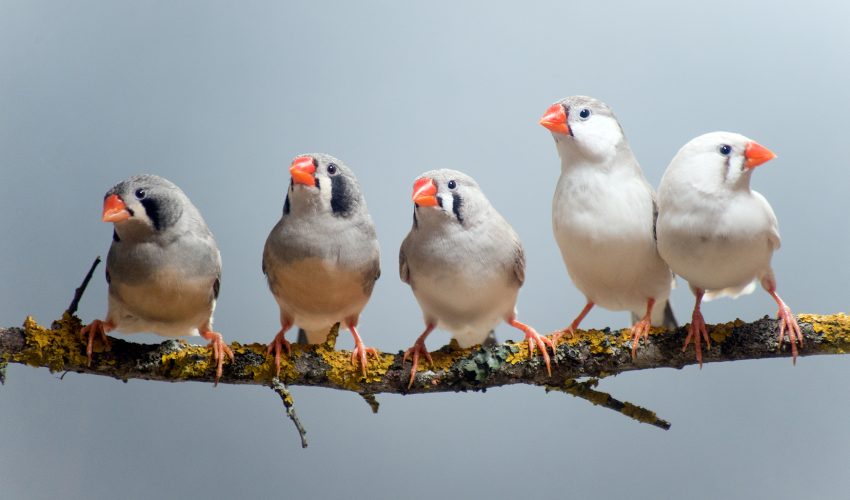 Songbirds use a very sophisticated strategy to learn new songs

According to a recent study, zebra finches have adapted a simple step-by-step approach to simplify the process of acquiring knowledge.

Study lead author Richard Hahnloser is a professor at the Institute of Neuroinformatics, which is run by ETH Zurich and the University of Zurich.

“The zebra finches have evolved the strategy of dividing a task as complex as learning a new song into easy-to-manage parts,” said Hahnloser. “This allows them to expand their repertoire with minimal effort.”

The researchers developed an experiment for young birds, which were less than a month old at the beginning of the study. Each day, the researchers played a song for the finches to learn.

A month into the study, the experts changed the song and examined the responses of the birds. They discovered that the finches attempted to adapt the song they had grown familiar with to the new one.

“In nature, birds instinctively adapt their songs to those of adult birds of the same species,” explained Hahnloser.

The researchers recorded all vocalizations made by the birds and used a computer to analyze each and every syllable. What they discovered is a very sophisticated method of learning.

These algorithms compare written documents by focusing on words regardless of their exact order. By comparing vast amounts of texts, these algorithms calculate the similarity of two words in terms of a number. For example, computer linguistics would identify that the words “house” and “building” have very similar meanings.

“Today’s computer scientists therefore use the same strategy that songbirds evolved – the birds have probably been using it for millions of years,” said Hahnloser.