Species survival can depend on willingness to adapt to new diets • Earth.com 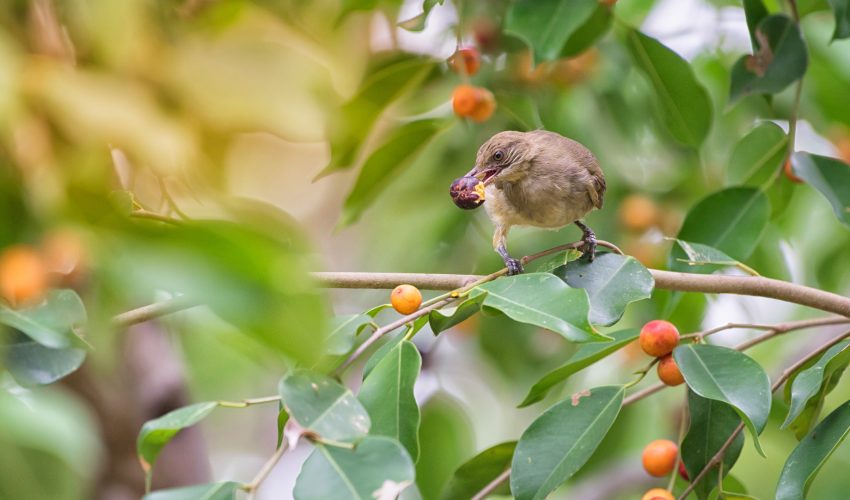 Species survival can depend on willingness to adapt to new diets

Expanding animal grazing areas can have a negative effect on locals ecosystem and native wildlife. Grazing can reduce native plants and animal species by clearing away trees to make way for wider feeding areas for cattle. Now, a new study has found that some birds can adapt to habitat degradation from grazing by changing their diets and eating different available seeds, while others stubbornly stick to their preferred diets and hurt their survival chances.

Luis Marone from the Argentine Arid Zones Research Institute conducted the study that monitored the diets of seed-eating birds in the South American desert. The research was published in the journal The Condor: Ornithological Applications.

Researchers gathered soil samples from grazing areas in the Monte Desert in Argentina, which helped Marone and his colleagues get an idea of what seeds were available for birds to eat. Soil samples collected from the grazing sites contained fewer large grass seeds that many native birds enjoy as a part of their regular diet.

The researchers also found that two types of birds that were more adaptable to the grazing sites: the Diuca-Finch and Rufous-collared Sparrow. An analysis of the birds’ digestive tracts showed the birds ate what seeds they could, with more forb seeds found in their stomachs.

But the birds who prefer grass seeds specifically, like the Many-colored Chaco Finch and Ringed Warbling-Finch, did not adjust their diets at grazing sites.

Understanding how birds and animals adapt to degrading habitats through expanding grazing is important not just for the continued survival of many species, but also for understanding the best farming practices for graziers as meat as livestock are an economic necessity for many.

Choosing which species of grass to sow in grazing areas could mean life or death for some types of birds that are less adaptable.

“Given that cattle breeders usually sow grass species as fodder, our results should be used for managing cattle stocks with bird conservation in mind by selecting the fodder species that are most consumed by the most specialized seed-eating birds,” said Marone.

The study is also an important contribution to our understanding of how sometimes the survival of a species can depend on its diet flexibility and willingness to adapt to changing environments.