How do birds find their way home? They use their sense of smell • Earth.com 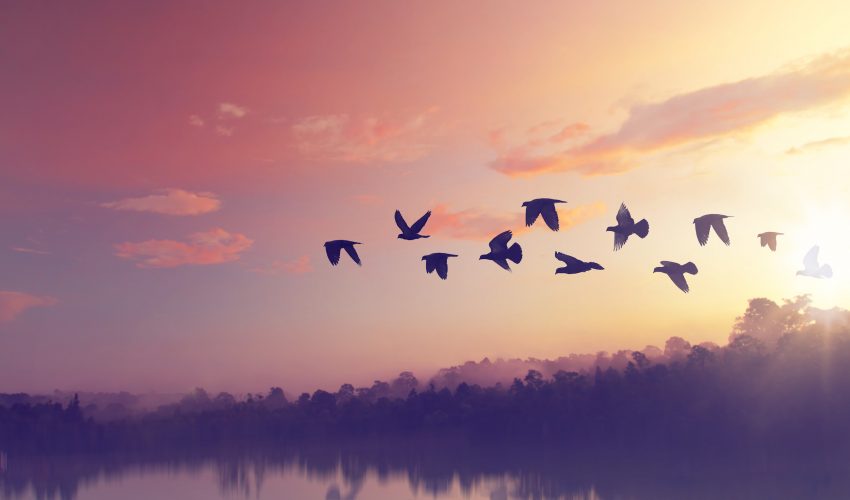 How do birds find their way home? They use their sense of smell

Researchers at the University of Oxford have determined that seabirds rely on their sense of smell to guide them home from trips at sea. The study may put to rest a long-standing debate of whether the birds are using Earth’s magnetic field or their olfactory senses to keep them oriented while over the water.

The research team monitored 32 free-ranging Scopoli’s shearwaters off the coast of the Spanish island Menorca. The birds were divided into three groups. The scientists used a zinc sulphate treatment to temporarily make the first group of birds anosmic, which means their sense of smell was removed. A second group of birds was equipped with small magnets, and the rest of the birds were left unaltered as a control group.

Tiny GPS trackers were attached to the birds while they were nesting so that the researchers could observe their foraging patterns once they were at sea. The results of the study showed that all of the birds were able to forage, gain mass at sea, and return home to incubate. The group of birds with a lack of smell, however, became disoriented when attempting to return to the colony.

According to the experts, the birds regained a sense of orientation when they could see land again, indicating that the seabirds rely on a type of “olfactory map” when there is no land in sight.

The study, published in the journal Scientific Reports, was led by Dr. Oliver Padget.

“Navigation over the ocean is probably the extreme challenge for birds, given the long distances covered, the changing environment, and the lack of stable landmarks,” said Dr. Padget.

Dr. Padget pointed out that previous studies were criticized for using birds which were displaced. “Our new study eliminates these objections, meaning it will be very difficult in future to argue that olfaction is not involved in long-distance oceanic navigation in birds,” said Dr. Padget.
—