How much starlight has the universe produced? • Earth.com 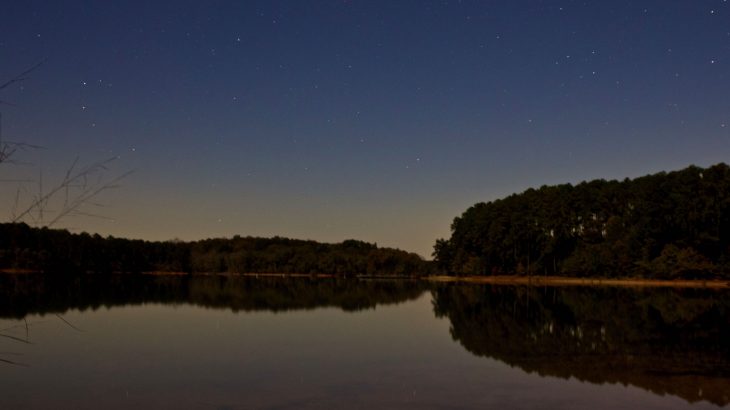 A team of scientists led by Marco Ajello from Clemson University’s College of Science have managed to measure the total amount of light produced by stars in the observational universe…ever.

Since our universe began forming its first stars a few billion years ago, astrophysicists tell us there are currently about two trillion galaxies and about a trillion trillion stars. Now, Clemson scientists have used new methods of starlight measurement to calculate how much starlight has been produced since the first star’s formation.

“From data collected by [NASA’s Fermi Gamma-ray Space Telescope], we were able to measure the entire amount of starlight ever emitted. This has never been done before,” Ajello, who is also lead author of the study published in the journal Science on November 30th, said. “Most of this light is emitted by stars that live in galaxies. And so, this has allowed us to better understand the stellar-evolution process and gain captivating insights into how the universe produced its luminous content.”

Ajello, an assistant professor in the department of physics and astronomy, and postdoctoral fellow Vaidehi Paliya analyzed nine years worth of gamma ray data from the Fermi telescope to get a firmer grasp on the amount of starlight produced through extragalactic background light (EBL), a cosmic fog made up of ultraviolet, visible, and infrared light emitted by stars.

“Gamma-ray photons traveling through a fog of starlight have a large probability of being absorbed,” said Ajello. “By measuring how many photons have been absorbed, we were able to measure how thick the fog was and also measure, as a function of time, how much light there was in the entire range of wavelengths.”

Measuring the EBL alongside blazers — galaxies with massive black holes that release parallel jet streams of energetic particles and gamma ray photons that collide with the EBL and leave an imprint — also helped the team figure out how much starlight was being produced by galaxies too far away to be detected by telescopes.

Measuring the EBL has been a challenging feat for many researchers, and now having done so, the team hopes their discovery will help others in their studies of stellar evolution, with the ultimate goal being to trace stellar history back to the Big Bang.