Stormwater is washing a cocktail of contaminants off of streets into drains • Earth.com 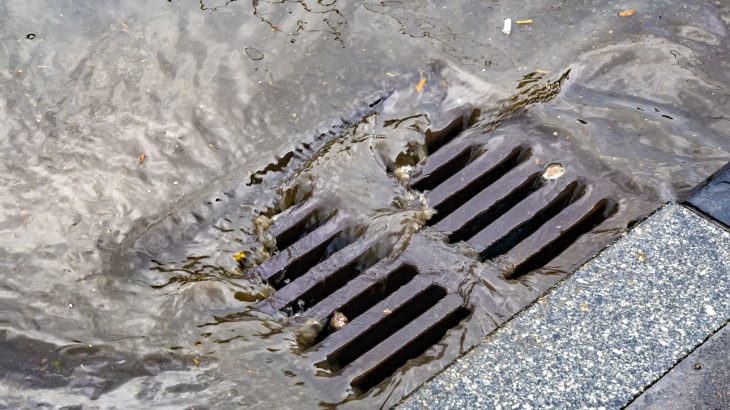 Urban stormwater is washing harmful substances off of buildings and streets into storm drains, according to a new study from the American Chemical Society.

After analyzing untreated urban stormwater from 50 rainstorms across the United States, the researchers identified various contaminants that could potentially pollute groundwater and harm marine life across surface waters.

In previous studies, urban stormwater was found to collect a combination of industrial chemicals, pesticides, pharmaceuticals, and other substances that could be toxic to aquatic life at certain levels.

For this reason, many urban water-management agencies are working to come up with ways to control stormwater and minimize the transfer of these contaminants to water bodies, such as rivers or aquifers. However, these efforts are made challenging by the fact that data from many cities across the country is lacking.

Led by Jason Masoner, the ACS team set out to quantify and document the contaminants in urban stormwater from 50 storm events at 21 sites.

The researchers analyzed 500 chemicals in urban water samples that were collected during storms. The samples were found to contain an average of 73 organic chemicals, and the most frequently detected chemicals were pesticides.

In more than 90 percent of the water samples, the team detected the same 11 contaminants, including the insect repellent DEET, nicotine, caffeine and bisphenol

Prescription and non-prescription pharmaceuticals were also found to be abundant in the samples, which indicates that the stormwater was contaminated with human waste. According to the study authors, this waste could be the result of sewage leaks.

The levels of some contaminants exceeded the amount that is known to be toxic for wildlife, and even the lower concentrations could produce dangerous effects when combined with all of the other substances in the water.

The researchers said that the findings highlight the need for further research on the long-term effects of these contaminants on aquatic organisms exposed to stormwater.