Strange prehistoric lizard was mistaken for a bird • Earth.com 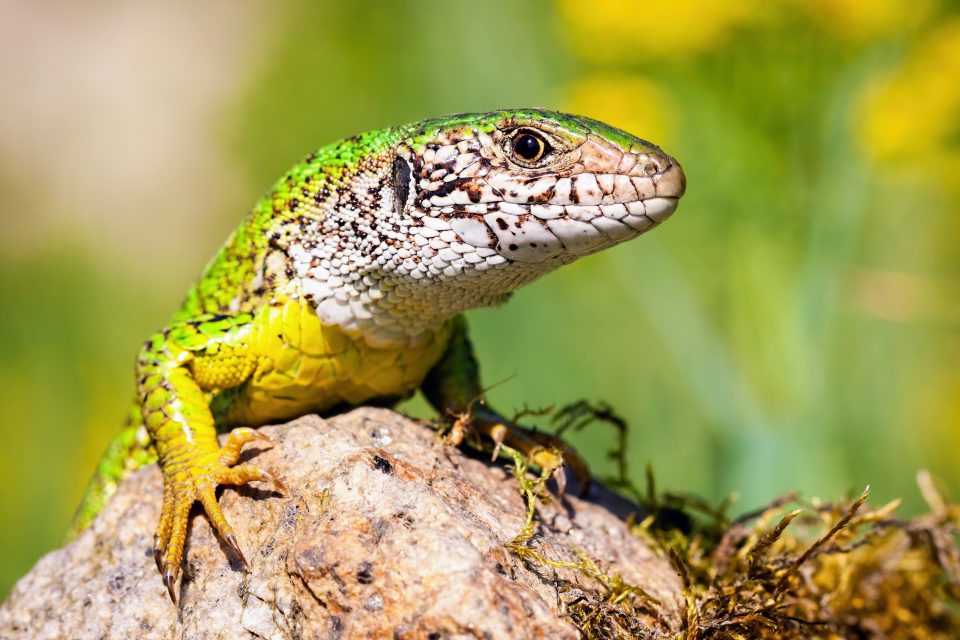 The analysis of two 99 million-year-old fossils of the genus Oculudentavis has yielded some surprising results. Now that researchers have painstakingly examined the second fossil, they can confirm that the first was actually a lizard, even though it was initially believed to be a bird.

The species represented by the second fossil was named Oculudentavis naga in honor of the Naga people of Myanmar and India. The specimen, which is preserved in amber, consists of a partial skeleton, a complete skull, and visible scales and soft tissue.

The first fossil of this genus, Oculudentavis khaungraae, was mistakenly labeled as a hummingbird-sized dinosaur. Its original description as the smallest known bird was retracted last year.

A team of experts led by Arnau Bolet of Barcelona’s Institut Català de Paleontologia Miquel Crusafont used CT scans to digitally analyze and compare each bone in the two species. They found physical characteristics which confirmed that the tiny animals were lizards.

Oculudentavis is so strange, however, it was difficult to categorize without close examination of its features, explained Bolet. “The specimen puzzled all of us at first because if it was a lizard, it was a highly unusual one.”

“From the moment we uploaded the first CT scan, everyone was brainstorming what it could be,” said Professor Juan Diego Daza of Sam Houston State University. “In the end, a closer look and our analyses help us clarify its position.”

The characteristics that distinguished Oculudentavis as a lizard were the presence of scales, teeth attached directly to its jawbone, lizard-like eye structures and shoulder bones; and a hockey stick-shaped skull bone that is universal among scaled reptiles.

The team discovered that the skulls of both specimens had deformed during preservation. The distortions highlighted birdlike features in one skull and lizard-like features in the other, said study co-author Edward Stanley of the Florida Museum of Natural History.

“Imagine taking a lizard and pinching its nose into a triangular shape,” said Stanley. “It would look a lot more like a bird.”

The two skulls did not closely resemble one another at first, but the researchers said their shared characteristics became clearer as they isolated each bone and compared them with each other.

“We concluded that both specimens are similar enough to belong to the same genus, Oculudentavis, but a number of differences suggest that they represent separate species,” Bolet said.

Professor Daza noted that the Cretaceous Period, 145.5 to 66 million years ago, gave rise to many lizard and snake groups on the planet today, but tracing fossils from this era to their closest living relatives can be difficult.

“We estimate that many lizards originated during this time, but they still hadn’t evolved their modern appearance,” said Professor Daza. “That’s why they can trick us. They may have characteristics of this group or that one, but in reality, they don’t match perfectly.”